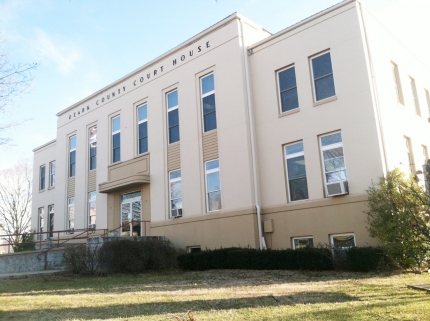 Michael Linn Cox, charged with domestic assault, burglary and rape, did not appear and has an active warrant.

Catlin Ryan Friend, charged with driving while intoxicated with alcohol - charged as a persistent offender, operating a vehicle on a highway without a valid license and failure to register a motor vehicle, did not appear and has an active warrant.

Edward W. Guzik pleaded guilty to possession of a controlled substance and was given a suspended imposition of sentence. He was placed on supervised probation for a term of five years and was ordered to spend 10 days in jail as shock time.

Misty L. Gant pleaded guilty to assault of a police officer and driving while intoxicated with alcohol pursuant to a plea agreement with the state. As part of the agreement, charges of resisting arrest or detention by fleeing, causing a risk of serious injury or death, operating a motor vehicle on a roadway without a valid license, possession of up to 35 grams of marijuana and unlawful use of drug paraphernalia, were dismissed. A sentencing assessment report was ordered, and Gant is scheduled to return to court on Dec. 6 for a sentencing hearing.

Brittany Kohler, who pleaded guilty to possession of a controlled substance on Aug. 9, appeared for a sentencing hearing. She was given a suspended imposition of sentence and placed on five years of supervised probation. She is also ordered to be screened for the drug court program.

Kerry D. McKee pleaded guilty to possession of a controlled substance and was given a suspended imposition of sentence. He was placed on four years supervised probation.

Melvin J. Campbell, who pleaded guilty to two counts of burglary and two counts of theft/stealing of property or services valued between $500 and $25,000 in February 2014, appeared for a probation-violation hearing. Campbell admitted to violating his probation. His probation was revoked, and he was sentenced to a 120-day institutional drug treatment program in the Missouri Department of Corrections. He is ordered to surrender himself to the sheriff on Nov. 15.

Donovan Lee Anderson, who pleaded guilty to second-degree assault in January 2015, had a probation-violation hearing based on the fact that he has not paid costs. The payments he has made are to be used for restitution. He was continued on probation to Jan. 7, 2018.

Julie Lazorchak, charged with five counts of forgery, had a case review. She is continued on probation.

Jason Nathaneal Peters appeared for a probation-violation hearing. He had pleaded guilty by Alford plea to leaving the scene of an accident with injury or property damage and tampering with a victim in a case and also pleaded guilty to operating a motor vehicle in a careless and imprudent manner involving an accident, driving with a revoked or suspended license, failure to wear a properly adjusted seatbelt and two counts of failing to secure a child in a proper restraint. The payments he has made were ordered to be applied to restitution. His supervised probation continues through June 3, 2018.

Kelley Risley, who pleaded guilty to possession of a controlled substance in November 2016, had a probation-violation hearing. The hearing was continued to Nov. 8.

Archie Vincent, who pleaded guilty to non-support of a child with total arrears in excess of 12 monthly payments due under an order of support, appeared for a probation-violation hearing. The hearing was continued to Nov. 8.

Amanda Garner, charged with possession of a controlled substance, had her plea hearing or trial setting continued.

Michele McFarlin, charged with non-support of a child with total arrears in excess of 12 monthly payments, had her plea hearing or trial setting continued.