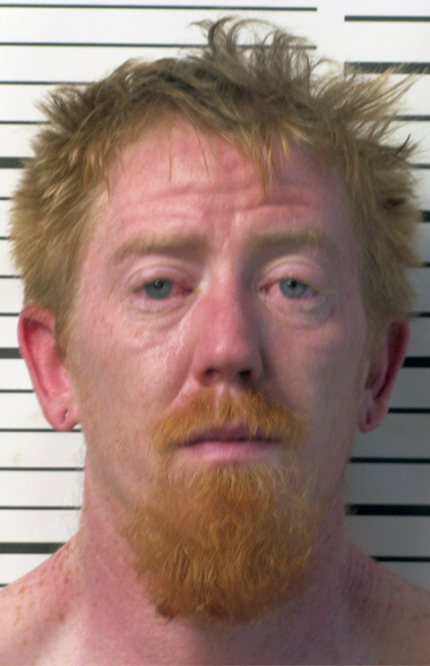 Michael Maloy, 32, of Willow Springs, was arrested Nov. 12 on a $1,500 cash-only bond in connection with a charge of possession of a controlled substance (Alprazolam and Tizanidine).

The class D felony can carry a sentence of up to four years in prison.

According to the probable cause statement in the case prepared by Ozark County Sheriff’s Deputy Seth Miller, the sheriff’s dispatch office received a call at 7:15 p.m. Monday, Nov. 9, from a resident who reported an assault on County Road 332 in Tecumseh.

Miller responded to the residence and spoke with the alleged victim, who told Miller that Maloy had been told several times not to be at the residence, and when he showed up and entered the home that night he was told again to leave.

She said Maloy went outside and got in his vehicle, and she followed him outside and told him not to come back. She said Maloy then exited the vehicle and advanced at her, striking her in the face and shoulder. The woman said she had to defend herself, and during the altercation, she was hit with a bottle of windshield washer fluid.

When Miller placed Maloy under arrest for assault, the suspect asked the officer if he could give the items in his pockets to his girlfriend, who was still on scene. The officer agreed, and Maloy reportedly removed a blue case from his front pocket and handed it to the woman.

After Miller had Maloy in handcuffs, he asked the woman if he could see what was inside the blue case. She agreed. Inside, Miller found 18 Alprazolam and 10 Tizanidine pills, both of which are illegal without a prescription. Alprazolam is an anti-anxiety medication, and Tizanidine is a muscle relaxant.

Information on Maloy’s arraignment hearing was not available at press time Tuesday. At press time, he was not charged with assault in connection with the incident.