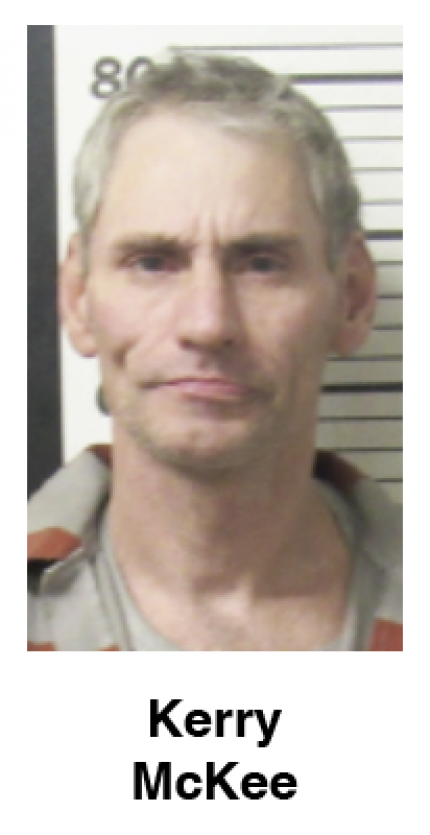 Kerry McKee, 52, of Brixey, appeared before Circuit Judge Craig Carter Jan. 18 in a case in which he as indicted by an Ozark County grand jury on a class D felony charge of domestic assault.

According to the probable cause statement filed in the case, prepared by Ozark County Sheriff’s Deputy Steven Ator, the deputy was dispatched to a residence in the Brixey area around 6:30 p.m. July 8, 2022, for a report of a physical domestic assault.

“The victim said Kerry McKee was enraged because he had run out of methamphetamine and took his anger out on [her.],” Ator’s report says.

The officer photographed, interviewed and took a written statement from the victim. During the course of that interview, the victim described the incident to the officer.

“[She said] Mr. McKee took [her] head in his hands and bashed [it] on to the floor multiple times. While the victim was still on the floor, Mr. McKee kicked [her] in the face and head area. Mr. McKee grabbed [her] around the throat to choke her and scratched her throat. Mr. McKee hit the victim in the head with her cigarette lighter, splitting open her head, leaving a sizable lump,” the report says. “[She] broke free from Mr. McKee and called 911. When Mr. McKee realized what [she] had done, he fled the scene.”

A witness to the assault also reportedly gave a verbal statement to the officer corroborating the victim’s account of the assault.

If convicted of the charge, McKee could be sentenced up to 4 years in prison.