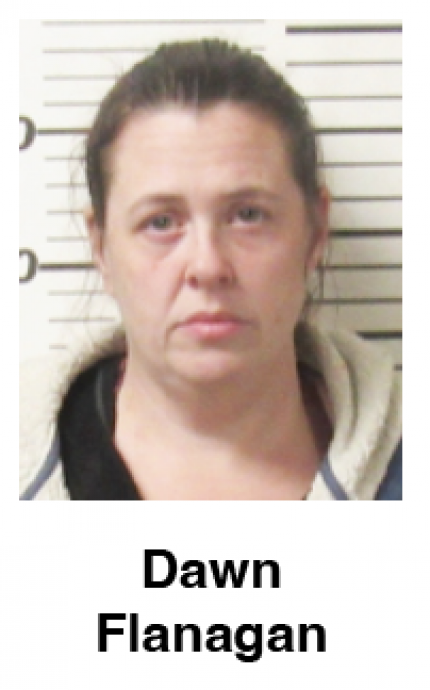 A warrant with a $1,500 cash-only bond has been issued for the arrest of Dawn Flanagan, 41, of Gainesville, in connection with a case in which she is charged with tampering with a motor vehicle.

According to the probable cause statement filed in the case prepared by Ozark County Deputy Josh Sherman, Steven Caldwell reportedly spoke with the officer on Nov. 22, 2022, and said his vehicle had been stolen.

Caldwell reportedly said that he’d asked Flanagan to drive him to court recently, as he did not have a driver’s license, and she agreed. Caldwell was arrested shortly after the court appearance and taken to the Ozark County Jail. Flanagan then reportedly drove the vehicle from the court hearing without Caldwell, who was in jail.

Caldwell said that sometime after that point Flanagan took the vehicle’s title, signed it and tried to register it in her name and out of his name. Caldwell told Sherman that he believed the woman still had the title.

“Mr. Steven Caldwell indicated he wants to pursue charges against Dawn Flanagan and/or whoever is found to be in the immediate possession and control of the vehicle if/when located and secured,” Sherman’s report states.

“On December 26, 2022, Ozark County Sheriff’s Department recorded the vehicle information as stolen in the appropriate reporting platforms for law enforcement officials. As of January 8, 2023, the vehicle has not been recovered and the alleged suspect has not been able to be contacted.”

Sherman also wrote in the report that he believes Flanagan would not appear in court if only a criminal summons was issued because she “has a criminal history that involves various victims plus she has an outstanding warrant that she had failed to appear for within a local jurisdiction near Ozark County. She has a history of creating criminal offenses and having a history to appear to the courts,” and he also wrote that “Dawn is believed to conduct herself in a manner that is not to the standards of Ozark County citizens that are living rightfully by the law.”