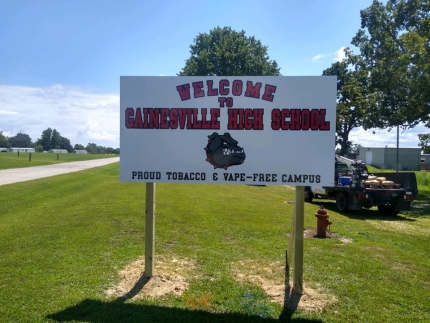 The Gainesville Bulldog track team traveled recently to Southwest Baptist University for the SBU High School Invitational with 40-plus other schools. The Bulldogs placed in the top 25 overall. The four athletes that went and competed are:

Nate Richer, who placed second in the pole vault with a 4.2 meter leap.

Maliki Sherry, who placed 7th in the high jump with a 1.77 meter jump. Sherry also placed 20th in the long jump with a distance of 5.49 meters, which was also a new personal record.

Colton Lawson, who placed 16th in the javelin, with a distance of 39.88 meters.

The GHS track and field team also competed on April 28 at the Mountain Grove Invitational, where the Bulldogs placed in several events, including: