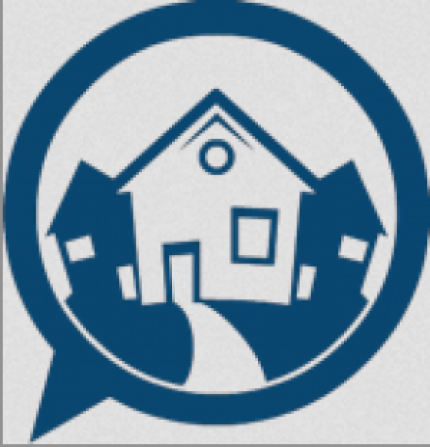 Folks who are lucky to have a turnip patch have some good eating now. I miss having my own turnip patch that I always had for many years. In years past, we would pull the turnips this time of year, cut off most of the tops and bury them back in an area in the garden that had good drainage. We would dig a hole and line it with tow sacks and then lay the turnips in the hole and cover them with straw and dirt. That would keep them good and crisp through the winter.

Back then, turnips were a big part of people’s diets. To cook them, you them and cut them up like potatoes and boil them with ham and add some good seasoning and some butter. We enjoyed them.

Until four or five years ago, I was really busy with the turnips this time of year because I had a half-acre or so in my truck patch (that’s what we called our garden). I would pull them, cut the tops off, wash them, dry them and sell them. The top price I got was around a $1 a bushel. That was a lot of work for a little money! You sure couldn’t get rich off of it.

We also fed the turnips to our milk cows. I kept a hatchet out by my fence. I would chop them up (if you fed them whole to the cows they might get choked), and the cows would come running for those turnips!

The golden age – I’m 95 now – has slowed down by gardening activity, much to my dismay! I still can’t believe I’m 95. In my mind, it doesn’t register that I’m that old. I’ve outlived both of my sisters; one died at 92 and the other just before her 95th birthday.

I sure appreciate my good friend Jerry Miller, who brought me some of the last of her tomatoes last week. They are the best tasting of the season!

My granddaughter Dana has her cows in my pasture, and she has a new Red Angus calf this week – and is expecting more. She was out early Monday morning, inspecting them before she left for work.

My early morning visitors recently were Lyle Mishler of Springfield with his brother James, who has lived in Thailand for many years along with his other brothers. They’re sons of my cousin Adrian Mishler and her husband Harry, Ozark County natives who now are buried in Globe, Arizona. The Mishler sons had visited Mammoth Cemetery, where their grandparents and other Ozark County relatives are buried.

Remember that Daylight Saving Time ends Sunday. I have two calendars that I look at often, and I’ve put the time change down with a marking pencil on my calendar: “time change--turn clocks up or back.”

I correspond with Ginger Peters, who lives in Pennsville, New Jersey, near her son, Allen Roebuck. Keeping in touch with them is an enjoyable part of my life. While Ginger lived here, she was active in the Friendly Neighbors Club and about six years ago, Allen put up the post and installed my martin box for my birds.

My daughter Karen had stored some packages of instant oatmeal in a plastic jug, and as she was carrying it into the house she set it down on her porch and forgot about it. The next morning, she found the contents scattered all over her porch and yard by a hungry coon. He couldn’t unscrew the lid, so he chewed the bottom out of the plastic jugs. Coons evidently have sharp teeth!

If you find a kernel in the shape of a shovel in a persimmon seed this time of year, it’s a sign you’ll shovel heavy snow in the winter. If you find a fork, you’ll have light snow and a mild winter. And if you find a knife, you can expect ice or an icy cutting wind. I read that studies by a Missouri University Extension office found that the persimmon kernels were right in their predictions 14 out of 19 years.

I have seen loads of wood going by on the highway, so folks are preparing for colder weather. The acorns falling from my big oak tree onto my metal roof are a reminder also. It’s jacket weather, time to dig deeper in our closets if necessary.

Sympathy is expressed to the E.W. and Ina Friend family on the recent loss of their daughter Regina Kirk after a long illness.

Congratulations to the family of the late Sigel and Carrie Smith, which recently gathered for a reunion. Eight of their 14 children are still living. I enjoyed seeing their picture in a recent edition of the Times. Norene Smith Loftis, one of those children, was one of our Friendly Neighbors members who hosted a club meeting in her home.

Condolences to Lynn and Shirley Farel, cousins of Lyndel Strong, who returned home recently after their son’s funeral in Belvidere, Illinois. He passed away after a long illness last week.

Thanks to the person who sent me the location of the watercress I had mentioned in a memory shared in a recent news column. I’m sure there are other salad lovers who enjoyed watercress, as I did.

The spring at Uncle Wes Crawford’s place across from the Lilly Ridge School had lots of watercress. We couldn’t go to the store to get bottles of salad dressing. We would sprinkle it with vinegar, salt and pepper, and maybe a little sugar. It was a blessing to have watercress in our springs, and we were lucky to have a spring close by.

My daughter Karen and I are sending in recipes for the Ozark County Times cookbook, and we hope lots of other Times readers will share recipes too as we always enjoy the cookbook. (Editor’s note: send them to norene@ozarkcountytimes.com or mail to P.O. Box 188, Gainesville, MO 65655.)