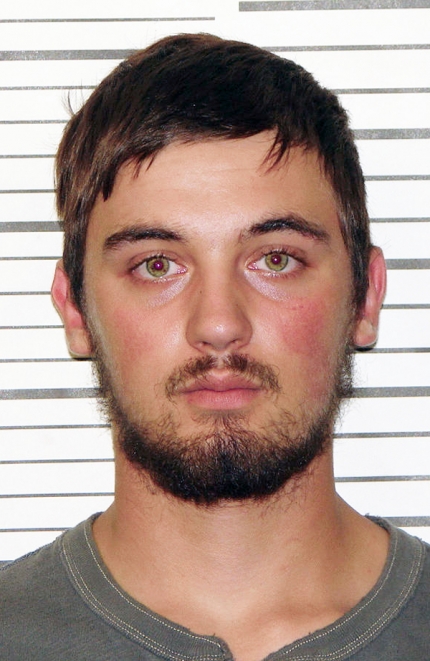 Andrew “Brandt” Clay, a 19-year-old Gainesville man, was arraigned Tuesday on a class B felony charge of shooting a firearm at another person in connection with a Oct. 21 incident in which Clay reportedly pulled his truck up behind the truck of another man he knew, grabbed a shotgun and discharged the weapon in the man’s direction.

Clay was originally being held in the Ozark County Jail on a $25,000 cash-only bond in the case. During his arraignment hearing Tuesday, Associate Judge Cynthia MacPherson released Clay on his own recognizance (OR) with supervision by Court Probationary Services. The release came with several conditions including that Clay have no firearms, be drug tested weekly, undergo an anger management assessment and have no contact with the state's witnesses or victims in the case. If Clay fails to meet these conditions, the court will revoke his OR release and require the full $25,000 cash only bond to be released again. If convicted of the class B felony, Clay could face a term of five to 15 years in the Missouri Department of Corrections.

According to the probable cause statement filed in the case, Ozark County Deputy Curtis Dobbs was dispatched to County Road 511 in Hardenville Saturday when the victim, Christian Ellison, called the sheriff’s office to report that Clay had shot at him. Ellison told the officer he had been on his way to visit his dad when he came upon Clay and a female passenger traveling in a beige-colored Ford F150.

Ellison quickly left the area and called the sheriff’s office to report the incident. He told Dobbs that he and Clay were high school friends in the past, but Clay had recently blamed Ellison for posting comments on Facebook regarding Clay’s suspected drug activity. Ellison said Clay had previously threatened him.

Dobbs talked with the woman who had been a passenger in Clay’s vehicle when the incident occurred, and she reportedly told him that Clay did fire the shotgun in Ellison’s general direction.

Dobbs arrested Clay Sunday, Oct. 22. After being informed of his Miranda rights, Clay agreed to speak with the officer. He reportedly told Dobbs that he fired the shotgun but only because Ellison had a knife and was threatening him and the woman. Dobbs asked Clay why he didn’t just drive away if he was in fear for his life instead of stopping and shooting at the man, and Clay reportedly said he has a temper and had been angry at Ellison. Clay also reportedly admitted to shooting methamphetamine by syringe, and Dobbs wrote that he “observed what appeared to me to be a needle mark in the fold of Clay’s left arm.”