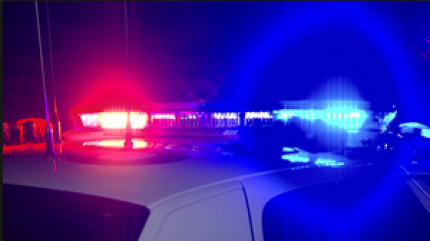 10:34 a.m. – Caller said a red, four-door Pontiac Grand Am had a flat and parked in front of his hay field on County Road 605. The occupants threw the donut tire and rim over the fence into his field after changing the tire. Ozark County Sheriff’s Department rendered assistance.

2:04 p.m. – Caller in Theodosia reported a scam call. Wanted it on record.

2:44 p.m. – Caller said his neighbor’s hound dogs are running through his livestock in Gainesville area. Officer spoke with caller, but caller hung up on the officer.

5:16 p.m. – Call came in from Douglas County reporting a possibly deceased male subject who had fallen off a tractor on OO Highway. OCA responded.

7:24 p.m. – Caller said someone damaged his back door, broke in and took items at home on Highway 160. Wanted it on record.

10:04 p.m. – Caller said his brother stole his vehicle out of his driveway near Bryant Plastics and he wants it returned as no one but him and his wife have permission to drive it. OCSD responded; subject arrested.

10:44 p.m. – Caller said she swerved to miss a deer and struck a road sign and ran into ditch on Highway 160 near Cloud 9 Ranch. Referred to Missouri State Highway Patrol.

10:53 p.m. – Well-being/security check requested on his sister, who had called said she had been in a vehicle accident but her boyfriend would not take her to the hospital. OCSD responded; unable to locate.

6:30 p.m. – Caller reported continued harassment. OCSD rendered assistance; female was contacted and told to stop or she would be charged with harassment.

8:02 p.m. – Caller said someone threatened to shoot his dog. OCSD responded; person would not answer door when deputies arrived to speak to him.

9:53 p.m. – Reporting party said someone had put super glue on her gate; she came to sheriff’s office and had photos taken of children’s hands that had glue on them.

8:05 p.m. – Caller reported a missing horse – a thin black stallion fox trotter, not shod. It was lost this afternoon between noon and 6:30 p.m. near Spring Creek bridge on Highway 160. Wanted on record in case it is found.

1:30 a.m. – Caller hears people talking outside his house and would like extra patrol in his area. OCSD responded; handled by officer.

8:57 a.m. – Caller reported people are staying in his house on Highway 160 without permission. Negative contact; no police action.

9:03 a.m. – Party brought evidence to the office related to an earlier report.

12:50 p.m. – Rider was thrown from a horse on County Road 341 off HIghway 14 in Douglas County. Brixey-Rockbridge VFD and Douglas County Sheriff’s Office responded.

5:50 p.m. – Another call about the vehicle accident on Highway 5 south. Ron’s Towing responded.

6:31 p.m. – Reporting party saw someone in the old thrift store in Gainesville and would like an officer to go look through building to see if anyone is there. Handed by OCSD officer.

6:57 p.m. – Reporting party reported that people were trespassing and shooting on his property. OCSD rendered assistance.

1:20 p.m. – Residential alarm activated on Highway 181. OCSD officer made contact with owner, and everything is OK.

8:02 p.m. – Medical: 84-year-old female has defibrillator and right side is numb. OCA responded.

11:55 a.m. – Caller said he’d received a scam sweepstakes call; he was told to have $2,500 by Monday for them to pick up. OCSD rendered assistance.

5:25 p.m. – Caller said someone took checks from her then cashed them at Town & Country. OCSD responded; subject arrested.

3:41 a.m. – Caller said a subject was intoxicated and was throwing beer bottles and one had hit her in the head and she is bleeding; She also said this subject has stolen items and money from her purse. OCA responded; patient was transported to BRMC.

6:56 a.m. –Caller said a black Dodge truck with white camper has jackknifed in middle of the road on County Road 932 1 mile from W Highway. Hazard lights are on, but no one is around. Referred to MSHP.

11:03 a.m. – Caller said $60 is missing, and he believes someone who was staying with him has taken it. OCSD rendered assistance.

11:48 a.m. – Caller said his ex-best friend had jumped out of his truck and shot at him with a shotgun. OCSD rendered assistance.

5:14 p.m. – Medical: 24-year-old male in Town & Country parking lot has been stabbed in the neck. OCA, OCSD responded; patient was taken by air ambulance to Cox South Hospital in Springfield.

6:49 p.m. – Caller said a ladder had been placed by a window at a trailer on County Road 806 that he is buying and the screen had been removed, but nothing was taken. He asked for extra patrol in the area. OCSD rendered assistance.

6:55 p.m. – Caller reported vandalism to his truck, knocking off a mirror. OCSD took a report.

7:20 p.m. – Thornfield caller said someone has her purse and will not return it. OCSD officer left message in subject’s voice mail.

8:40 a.m. – Medical: 68-year-old female has pain and is unable to walk. OCA responded; patient was transported to BRMC.

10:47 a.m. – Trespassing reported. Caller wants a male subject and camper removed from his property. OCSD responded; male subject says he will be off of the property before nightfall.

12:52 p.m. – Caller found a male bluetick coon hound with orange collar and no tags. Wanted on record in case someone calls.

2:03 p.m. – Caller said a male and female in a tan F150 with a skull on the front and no license plate on pack are peeling out in her driveway, causing a disturbance. OCSD responded; subject arrested.

2:49 p.m. – Caller hit a deer on W Highway, causing damage to her vehicle. Deer is not block roadway. Wanted it on record for insurance.