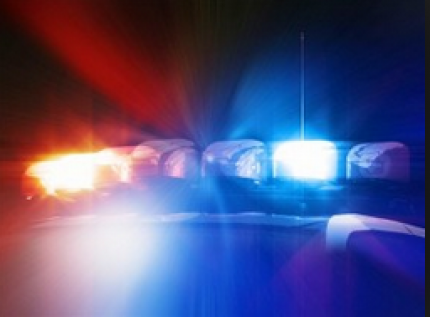 To contact the Ozark County Sheriff’s Department or other emergency-responding agencies, call 679-4633. In an emergency, dial 911.

12:25 a.m. – Caller believes someone is trying to steal his cattle. He heard people near his property line on Z Highway then they took off when he went outside. OCSD responded; handled by offier.

4:41 a.m. – Male subject was walking around the old thrift store in Gainesville. OCSD responded. Subject was told to leave the property.

7:51 a.m. – OCSD traffic stop at Highways 181 and N. This subject had run an officer off the roadway last Sunday and then fled. Warning given

8:46 a.m. – Caller says a woman and her child have been sitting in the parking lot of Town & Country market for quite a while. Woman appears to be under the influence of something. OCSD responded; handled by officer.

5:21 p.m. – A 50-year-old female has fallen through the deck at Antler. OCSD responded; handled by officer.

5:22 p.m. – Another call about the 50-year-old female who fell through the deck at Antler. Gainesville VFD responded.

6:19 p.m. – Caller said a person has come to her residence after being told not to. She would like to press charges. OCSD rendered assistance.

6:58 p.m. – Caller said a white truck is in the ditch at Hillcrest and Blue Ridge roads. MSHP responded.

11:48 p.m. – Caller said a red car was on a bridge on County Road 503. What sounded like gunshots were heard and then the car left, headed south.

12:18 p.m. – RV on fire at Udall campground. No one is in it. Bakersfield and Tecumseh VFDs and another VFD responded. In later call, RV owner was said to be having chest pains. Ozark County Ambulance and Air Evac responded.

1:46 p.m. – Caller said someone in a red Chevy truck is siphoning gas from vehicles in the Theodosia campground. OCSD rendered assistance.

3:35 p.m. – Caller on FF Highway said while he was having target practice on his land, someone was returning shots in his direction. OCSD responded.

7:20 p.m. – Caller said she hit a deer on Highway 5 south of Squires but deer was not seen afterward. Vehicle has damage to driver’s side door, left rear door and steering damage. Wanted on record for insurance.

7:58 p.m. – Vehicle accident on County Road 806. OCA and Air Evac dispatched but both were canceled.

10:43 a.m. – Fire alarm is going off at Gainesville Elementary, but caller said it’s not an emergency. Wanted it on record; no response needed.)

3:51 p.m. – Caller said a school bus was stopped at Highway 160 and County Road 809 with sign out and flashers on to unload students, and a white 90s Ford van with black rack on top headed eastbound did not stop for it. MSHP dispatched.

7:54 p.m. – Caller on D Highway said on Oct. 9 he asked a person to drive his 1994 white Ford Explorer back to his house for him and he hasn’t seen or heard from the person in 24 hours, and she still has the vehicle. OCSD rendered assistance. Caller will come in to fill out statement and show proof of ownership.

8:32 a.m. – Two people are passed out in a pickup in the middle of the road on County Road 337A by Martin Cemetery. OCSD responded; unable to locate.

9 a.m. – Caller said a semi truck headed south on Highway 5 about 3 miles north of Gainesville was traveling at 80 mph or more and passed another semi. Truck was white with Ideal Leasing- Chicago on it. MSHP dispatched.

11:10 a.m. – Reporting party wanted it on record that a person had burned his left arm with grease the night they were involved in a domestic disturbance. In OCSD lobby, injury was observed on left elbow and on left hand; both lesions were scabbed over.

5:21 p.m. – Well-being/ security check requested on County Road 362. OCSD responded. No one was at the location.

9:15 p.m. – Caller said a car has pulled into her mother’s driveway on County Road 374 and no one should be there. OCSD rendered assistance.

12:25 a.m. – Alarm is sounding at Theodosia Country Tire. OCSD checked. All is secure, and all doors are locked.

9:43 a.m. – Caller reported that Gobbler Knob sign on County Road 605 has been stolen again, now for the third time. Wanted on record in case it is found.

10:30 a.m. – Caller said a bag of clothes must have gotten hit on T Highway 1/2 mile from Highway 5 south, and now clothes are scattered all over the road. OCSD rendered assistance.

5:18 p.m. – Medical: 58-year-old female on Highway 160 was dragged by her dog and has possible broken shoulder or arm. Theodosia Area VFD and OCA responded. Patient was transported to BRMC.

4:45 a.m. – Caller said a maroon Dodge short-bed pickup was driving around stores in Gainesville and went down County Road 503.

12:51 p.m. – Caller on Harlin Drive said someone has used his debit card in Gainesville. Officer talked with caller on phone.

1:37 p.m. – Caller reported a stranded motorist is broken down in a red Tahoe on Highway west of Gainesville near Spring Creek.

9:26 a.m. – Caller on Highway 160 said her boyfriend is breaking things. OCSD responded; parties were separated. One person left the resident. Reporting party said no physical contact was made.

11:22 a.m. – Caller in Springfield wanted on record that person has ex parte / full order against him but is calling his cell phone.

11:45 a.m. – Caller said old roofing shingles with nails in them have been dumped on side of the road leading to Sims Cemetery. Wanted it on record.

12:54 p.m. – Medical: a 43-year-old female on Highway 5 south has stabbed herself in the stomach with a knife and also took a bunch of pills. Timber Knob VFD and OCA responded. Patient was transported to BRMC.

2:27 p.m. – Caller said a green-and-white Dodge Ram 2500 with no plates has apparently been abandoned on Rail Hollow. OCSD responded. Checked OK. Vehicle owner is running a backhoe in this area.

7:38 p.m. – Gainesville resident came to OCSD office and said her husband refused to turn over the daughter to the caller. She showed deputy copy of the 2016 custody agreement. Deputy told the person he could not act on the agreement until he had confirmed that it is the latest agreement. He called the child’s father and left a message, and he suggested the person get in touch with her lawyer as soon as possible and record the times the father has broken the agreement. After speaking with the father, the deputy helped arrange a time the following day for the child to be returned to the other parent.

7:52 p.m. – Caller has smoke in the house from skillet she left on the stove. Theodosia Area VFD responded.

10:06 p.m. – Caller had received information that a teenager was going to cut her wrist. OCSD responded; checked OK.

11:41 p.m. – Caller said people are in his house on Highway 160 that he isn’t renting to and they’re saying they aren’t going to leave. Handled by OCSD officer.

4:06 a.m. – Caller on Highway 5 heard a thud and then a door shut; he thinks someone was in their house. OCSD responded; checked OK.

9:54 a.m. – Caller driving a 2002 Ford Escape said she hit a deer on County Road 803B. She said she attempted to avoid the deer and ran into the ditch. Vehicle sustained some damage, and her knee is bruised, but she declined medical attention and said deer is not in the roadway. Wanted on record for insurance.

12:34 p.m. – Marion County, Arkansas, relayed a 911 call about a deceased male. Marion County is sending a deputy and the coroner. OCSD officer will secure area until they arrive.

1:25 p.m. – Caller said someone had broken her glass window at the back of her building on County Road 806. Wanted on record.

4:34 p.m. – Caller on County Road 308 said a juvenile is out of control and is tearing up the house. Handled by OCSD officer.

7:56 a.m. – Medical: Caller on County Road 354 said he has fallen from his wheelchair and hit his head on the countertop, causing a large gash. Pottersville VFD and OCA responded.

9:25 p.m. – Medical: 56-year-old female was hit in the head Friday night and is now complaining of head pain and is throwing up and very dizzy. Caulfield VFD and OCA responded.

5:30 a.m. – Caller on County Road 806 said a man came to him saying something happened and he would like to see a deputy. OCSD requested medical attention for subject who had taken unknown drugs.

6:42 a.m. – 88-year-old caller on County Road 152 said pilot light is out and she is scared there might be gas in the house. OCSD rendered assistance

7:03 a.m. – Caller said her mom is yelling and cursing at caller’s boyfriend. Handled by OCSD officer.