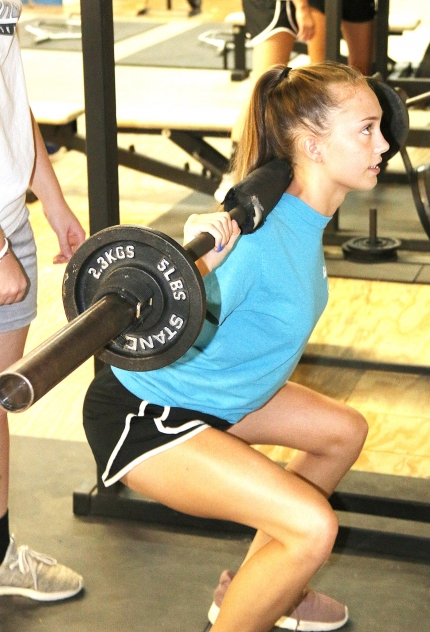 Bakersfield High School sophomore Emmi Tucker is captain of the Junior Team of the USA Martial Arts team that will participate in international competition in 2021 in London, England. 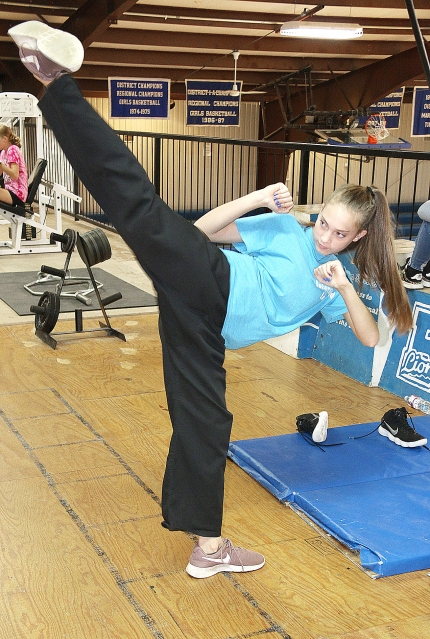 A Bakersfield teen is on her way to London in 2021 to compete with Team USA in the World Martial Arts Competition.

Emmi Tucker, 15, a sophomore at Bakersfield High School, is the Junior Team captain of the USA Martial Arts team that will participate in the world competition. Emmi is currently the Midwest Martial Arts Southern Conference (MMASC) top competitor  in the girls intermediate 15-17-year-old age division for forms, sparring, weapons and musical forms.

“It’s amazing how good she really is,” said her instructor, Chasity Farris.

Emmi’s mom, Holly Tucker, said it is strange how she got into martial arts. “She was diagnosed with an autoimmune disease when she was very young,” Tucker said. “So when she got older and wanted to participate in sports and other activities, we determined basketball and softball were probably too strenuous for her system to handle.”

“I just knew I wanted to do [martial arts] right away,” Emmi said. “I like that, with martial arts, you kind of determine your own success or failure.”

Emmi’s small stature is deceiving. “She’s one tough competitor,” said Bakersfield coach Doug Lansdown, who’s sort of taken Emmi under his wing and flexed his schedule to make time for her training.

“If it wouldn’t have been for Coach Lansdown, and him going out of his way to accommodate her training, none of this would have been possible,” Holly Tucker said.

Coach Lansdown adjusts his final class of the day to work with Emmi on her training and has even included her as manager on the basketball team.

Emmi has more trophies than the Lakers and is the MMASC current triple crown champion. She recently received the Top High School Award at the MMASC Back to School Bash Tournament Aug. 24 in Rogersville.

A blue belt, Emmi is working toward her black belt; however, she has already been competing against other black belts.

To follow Emmi, search for “Emmi Tucker-Team USA Martial Arts” on Facebook. Fundraisers are planned to help provide financial support for Emmi as she raises money to travel to London.