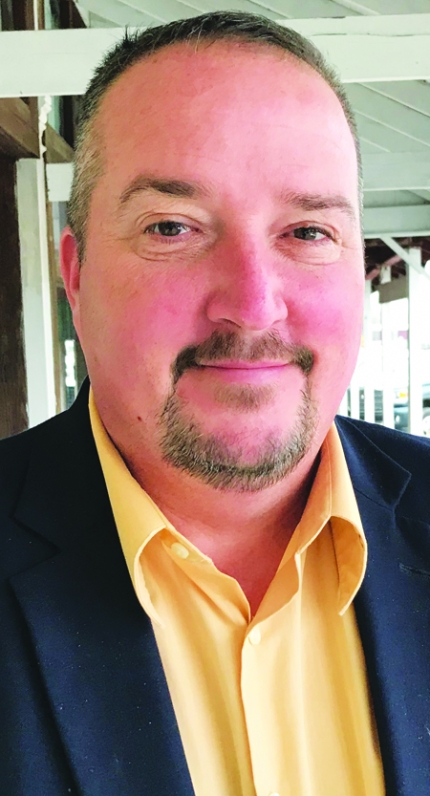 After leading the Dora R-III School District for five years, Steve Richards will be moving to the Seymour School District after the end of this school year. His last day at Dora will be June 30, Richards told the Times Monday. “It was kind of tough,” he said, describing the decision to leave. “This community is very supportive of its school.”

A native of Sparta and a 1989 graduate of Sparta High School, Richards became Dora superintendent on July 1, 2013, after serving for one year as principal of Sparta High School. He graduated in 1994 with a bachelor’s degree in education from College of the Ozarks and went on to earn master’s and specialist’s degrees from William Wood University.

His job change takes him back to familiar territory; Richards coached girls basketball and served as athletic director at Seymour for 10 years before coaching for three years at Liberty High School in Mountain View, where he continued to live as served as Dora superintendent. The drive from Mountain View to Seymour will be “about the same” as his daily drive to Dora has been, he said.

Seymour’s school system is about the same size as Gainesville’s, he said, with around 680 to 700 students.

Among the accomplishments Richards has overseen at Dora are the passage of two financial ballot measures. In 2014, 77 percent of participating Dora voters agreed to a bond initiative of .1804 cents per $100 assessed evaluation. In 2017, 68 percent of Dora voters agreed to an operating levy of $3.43 per $100 assessed evaluation. As a result of that support, the district developed a separate middle school on its existing property with bond money and an additional $120,000 in district funds.

During Richards’ time at Dora, the school’s softball field was upgraded with dugouts and a pavilion to provide shade for parents and other spectators. The school also built a $30,000 pig barn with a combination of FFA and district funds, plus community donations. It constructed a 3,700-square-foot FEMA shelter using $300,000 of district money.

During this time, Richards said, in a provided list of accomplishments, that the district’s scores in the Missouri Schools Improve-ment Program have risen from 82 to 95, and overall district funds grew from $1.7 million to $2.24 million.

Dora school board member Lindsay Collins said Richards “will be missed, for sure.”

She listed some of the achievements noted above and added that Richards “was well-liked and respected by the community and all the workers at the school. While we are sad that he is leaving, we are thankful and appreciative of all the good things that happened in our district while he’s been here. It’s a bittersweet thing.”