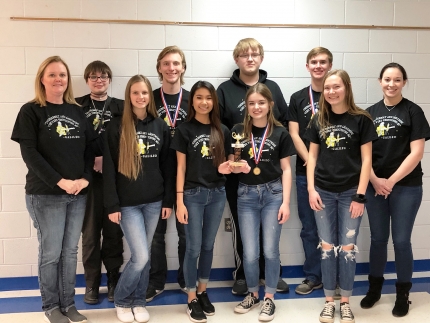 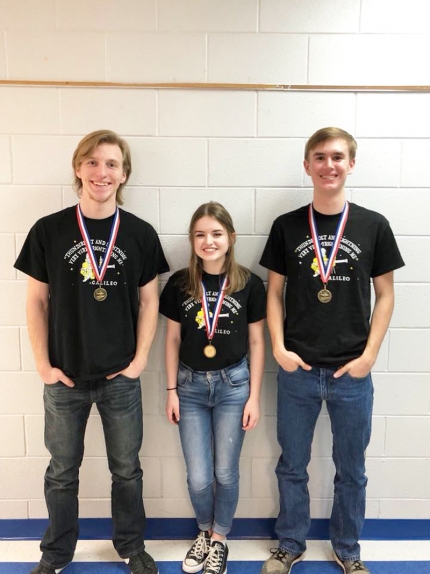 The team’s last two tournaments were canceled due to weather, so without those practice rounds, team adviser Michelle Pointer said she was “not exactly comfortable” going into the conference tournament. “We have not had any competition since Jan. 4 or so,” she said. “However, the team came through.”

In the morning rounds, the team was undefeated with wins over Mansfield, Norwood and Fordland.  Gainesville had a close win over Hartville in the semifinals, winning by 40, but it then went on to defeat Conway, 390-130, sealing  its well-earned conference title with an exclamation mark.

“These students work hard the entire school year for this team,” Pointer said. “They study hard and sacrifice a lot of Saturdays. If you see them, be sure to tell them how proud you are of them.”