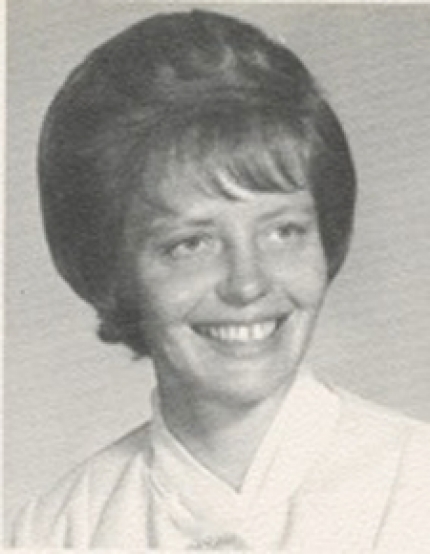 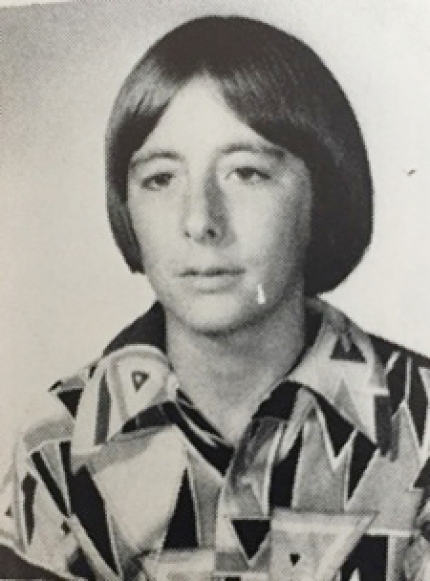 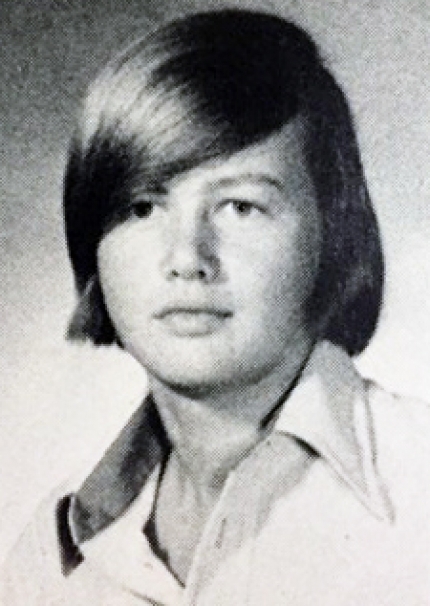 Editor’s note: Barbara McGee was a teacher at Gainesville schools from 1967 to her retirement in 1990.

Retired Gainesville teacher Barbara McGee, a woman who impacted countless lives in her 23 years of teaching, died Christmas Day at the age of 81. News of her death spurred dozens of tributes, memories and kind words shared from former students, many of whom say Mrs. McGee was their favorite teacher.

Gainesville resident and former student Dave Miller says his life was directly impacted by her kind demeanor and encouragement.

The encouragement that turned one student’s life around

Miller said one of the biggest turning points in his life came during a session in which he was picking classes for his freshman year. He said at that point in his life he was very small, very shy and hated school. His grades were bad, and he didn’t put forth any effort to improve them.

“Honestly, I couldn’t wait to turn 16 so I could quit,” he said. “There was absolutely nothing I liked about school. I really lacked self-confidence. I just didn’t think I was smart enough.”

Despite his lack of engagement in his studies, Miller had felt a spark of interest in the legal field after he spent the summer after  eighth grade working for his neighbor, Richard Martin, in his law office. When he saw that Business Law was offered as a high school class, he told his adviser he wanted to take it.

“The adviser tried to talk me out of it,” Miller said. “It was a class that was usually for older students, and they said they didn’t think I was prepared for it. I really struggled with English, and it had an impact on all my other grades. They said they thought it would be better if I chose a different subject.”

Business Law teacher Barbara McGee, standing nearby, overheard the conversation and immediately came over to Miller and the adviser.

“She looked at the adviser said, ‘He’ll be fine,” Miller said. And that was that – Miller was enrolled in Business Law.

Miller knew McGee before the encounter, as he was friends and classmates with McGee’s youngest son, Keith, but he was still surprised and encouraged by her outspoken confidence in his ability.

“She sat me down the very first day of class and told me, ‘You can do this. I know you can do this,’” Miller said.

Those words echoed in his mind as he progressed through the school year, excelling in McGee’s classroom.

“No one had ever shown that kind of confidence in me before. I actually had just had a counselor who told me I should just quit school and get a job,” Miller said. “I was inspired that Mrs. McGee believed in me, and I put more effort into it than any other class I ever had before, and it was because I didn’t want to disappoint her. She made me think I could do it,” he said.

When the semester was over, the Business Law class transitioned into Salesmanship, a class in which students were tasked with creating a sales plan for a particular product and presenting it in front of the class. Miller, who was once dreadfully shy, was able to give excellent presentations and engage with his fellow classmates during class.

One day during the salesmanship class,  superintendent Benton Breeding came in and asked the class what the most important element to a sale was. Miller, who once would shy away from questions and hope no teacher would ever call on him, was the first student to shoot his arm into the air. He gave the correct answer, and McGee came over to his desk and wrote a smiley face on his paper.

“To most people, it may seem like some small thing, a smiley face on a paper,” Miller said. “But to me, that was huge. I hadn’t ever had something like that happen before.”

When the year wrapped up, Miller earned an A in both Business Law and Salesmanship. He was proud.

“I hadn’t earned an A in anything in my life other than PE. Up until that point, I only did enough to just get by. Most of that was my fault. I didn’t try, but I also never had a teacher who encouraged me like Mrs. McGee did,” Miller said. “There were a lot of people who wondered how I got such a good grade when I struggled in every other subject. And I think that was all because of her. I left that class with confidence in myself I had never had before, and from that point forward I was unafraid to speak up.”

That confidence stuck with Miller. He no longer wished to quit school, and he pursued his studies, graduating from Gainesville High School in 1977 – something Miller says wouldn’t have happened if it wasn’t for Barbara McGee and her steady encouragement.

Several years later, when Miller served on the Gainesville school board, McGee was asked to give a speech during an event for the Gainesville chapter of the Future Business Leaders of America, a group that McGee was instrumental in starting, Miller said.

“Afterward, she searched me out and told me she was proud of me. She said it was hard to imagine such a shy little boy being on the school board,” Miller said.

Miller has continued to grow in confidence, and today he spends a lot of time preaching – something he couldn’t have imagined doing when he was a student and so shy.

“I really do thank God for that – and for Mrs. McGee,” Miller said.

About six months ago, Miller and GHS classmate Ivan White went to see Mrs. McGee at her home on T Highway in the Mammoth area. Miller spent an hour or two with her, telling their former teacher just how much she had impacted his life.

A welcome with open arms

Ivan White, Miller’s classmate and friend, also remembers the longtime educator as a kind and strong woman. White said when he was in school, he would walk from his home on Highway 5 near the state line for about an hour through the woods to the McGees’ house on T Highway to play basketball and baseball with her sons Rick, Greg and Keith. But it wasn’t until 1974 that his life was drastically impacted by Barbara McGee and her husband, Lyle.

“My father passed away in ’72, and my brother in ’73. My sister got married, and the other moved to New York,” White said. “So, we went from a house of six to just the two of us in a pretty short amount of time.”

The drastic change continued in 1974, when White’s mother decided to move to California.

“I went with her. Then I threw a fit. I wanted to come back home,” he said. “Mom called her [Barbara McGee], and she said I could come live with them,” he said. “They already had three boys, but they welcomed me with open arms.”

White said he can’t remember exactly how long he stayed with the McGees, maybe as long as a year or as short as a few months, but the following school year he moved back to California with his mom. However, his memories of his days spent with the McGees are very fond.

“It didn’t matter if you were wrong or right, she had this glowing smile at school that she gave all her students. I don’t know how to really explain it, but it just gleamed,” he said. “She was a great mother, and she had a lot of strength. Everyone knew she always wanted the best for her children – for all children.”

Other former students posted memories of McGee from their schooldays on Facebook after her passing.

Mickey D. Pendergrass, now a Baxter County (Arkansas) county judge, wrote, “One of my favorites. I still recall she helped me write my first political speech in 1970 [when I was] running for student council president. We were successful! Hope she saw where it got me. Always enjoyable and made learning fun, as well as being good neighbors.”

Donna Marlowe DaValt wrote: “The teacher who taught me how to write a check and balance my checkbook! Mrs. McGee, thank you for your patience and [for] allowing me to be a pest! You will be missed.”

Gainesville resident Kenton Webb posted, “In high school, she was one of the outstanding teachers.”

A funny memory came from Trish Oldham, who posted “I loved this woman. She was my favorite teacher in school. I’ll never forget the day I got into a fight and she stepped in and I accidentally blacked her eye. She was the most forgiving woman I had ever met, and she kept me out of a lot of trouble. She will be truly missed.”

Kenneth Landers posted, “She was truly a great teacher, and yes, she pushed her students to be the best they could be.”

Perhaps one of the strongest examples of the legacy Barbara McGee left behind her came from a former student who became a teacher herself. Grayce Perkinson, a teacher in the St. Charles school district, made a Facebook post on Sept. 3, telling her friends that her students had reached out to her to explain the impact she had on their lives - an impact that came from her own influential teachers, including Barbara McGee.

“…Teachers are the very definition of optimistic. We always believe, no matter how tired we are, that we are making a difference. A few months ago I got the sweetest message from a former student telling me the difference I made in her life. Then, this morning, I woke up to another message from a former student telling me that I made a difference in her life. Here is the thing: I don’t think I am a perfect teacher. For every kid I have made a connection with, there are those I didn’t. However, truth is, nobody, other than parents and grandparents, will love you more than your teachers. So, if there is a teacher who has impacted you--tell them. For me, those teachers are Barbara Rackley Luna, Julie Brogden and Barbara McGee.”

In McGee’s case, there’s  no shortage of students with their own stories to tell about her influence on their lives. Hundreds of students were impacted during her days in the classroom - whether it was through a smiley face drawn on a paper, a few encouraging words urging a struggling student to keep trying, or just that glowing smile that was so well known. Barbara McGee made her impact many times over and will be remembered by the hundreds of students who passed through her doors as a truly, great teacher.