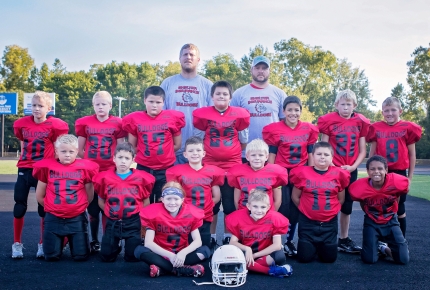 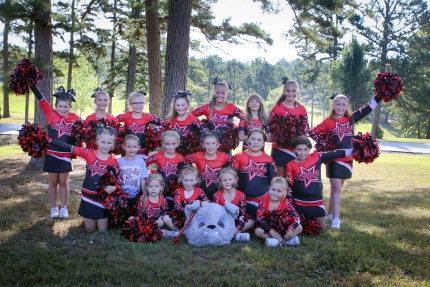 Back in 2013 a representative from the Ozark Football Association came to Gainesville and pitched the idea of forming two Bulldogs youth tackle football teams. A small group of parents attended the meeting, and it was decided that we would try to find enough third- through sixth-grade age kids to form two teams.

Since Gainesville hadn’t had high school football since the early 1990s, we thought it might be tough sell for many parents. We were wrong. That first year we had around 45 kids, overall, sign up to play. Along with the football program the OFA also invited us to bring cheerleaders into the league. About 50 girls from kindergarten through seventh grade signed up.

We took some bumps that first year. It was a definite learning experience for everybody involved, including the league itself, but we managed to field a couple of decent teams and a great group of cheerleaders. We started a wonderful tradition of an annual home game on the Gainesville football field and even made it a community event with a huge tailgate party. This tradition has become the most anticipated event for our players and cheerleaders each season.

It has also become a very emotional event for coaches, players and parents because it’s the final game the sixth graders will ever play on their home field. I am not ashamed to admit that I cry at the end of this game each season. It’s tough to see the realization on the faces of the sixth graders when they truly understand that this won’t ever happen again.

The past few years we have asked alumni from past teams to come and give a pregame speech to the players. That gets harder and harder for me to watch without choking up because these junior high and high school kids are still very passionate about the game.

I was one of the lucky parents who attended that meeting back in 2013, and I volunteered to coach. I was fortunate enough to coach my oldest son, Aidan, for two years before he moved on to junior high. This season, my son Ryder is in his fourth and final year of playing on a team that I have been privileged to coach.

It’s crazy to look at these kids now and think about where they started as third graders. Every one of them has his own story, but the one commonality among them – and really among everybody who has played – is a growth in confidence, teamwork, sportsmanship and ability to overcome mistakes.

Football is a sport like no other. It takes 11 players working together on every play to make it work. There are many sports where one player can carry a team to victory, but football doesn’t work that way. A great quarterback can’t do much without five offensive linemen protecting him. Even the best running back won’t consistently score touchdowns without blocking. A great defense will work in sync and force an offense to make mistakes, but it only takes one player going off script to throw it out of balance and allow the other team to score.

The emphasis on teamwork is huge, and the pride in becoming a silent hero is overwhelming. The name on the back of the jersey is not the name that matters but, rather, it’s the name on the front that’s most important.

Don’t get me wrong. Everybody loves to hear their name over the loudspeaker at a game for a great tackle or running in a touchdown, but over the years it has become evident that these kids understand that a good team is the sum of all the players doing their part. For me, as a coach, that has been the biggest takeaway from the past six years: coach all the kids, let them know they’re a part of the team and there is an expectation from coaches and players for them to give their best on every snap of the ball, and the wins will come.

Sometimes you lose a game you shouldn’t have. Sometimes you lose a game because the other team is just better. That stuff happens, but at the end of the day, wins and losses are not always measured on a scoreboard. I have a belief that if you play hard, have fun and do your best, the wins and losses are more accurately measured in the attitudes and hearts of the kids on and off the field.

The 2018 season ends with the Ozark Football Association Tournament on Oct. 27 at Bomber Stadium in Mountain Home. We have a fantastic group of cheerleaders, coached by Marinda Kaiser, that will be working hard to entertain the fans and motivate the teams, as they have every week this season. The Shelter Insurance Bulldogs third- and fourth-grade team will enter as the fifth seed. Their season has been a struggle, with several third graders playing for the first time. I have been around long enough to know that will turn around as they continue to learn.

Coaches Chris Bales, Spencer Wade and Nathan Evans have done a fantastic job of teaching the basics and encouraging the team to push through adversity. The Pippin CPA Bulldogs  fifth- and sixth-grade team will enter as the number 2  seed. They started the season slow but have gained momentum and are firing on all cylinders heading into the tournament. This team is coached by Tom Leeker and me. Tom has also coached the Bulldogs since 2013 and is a big part of the reason Bulldog Football has continued to thrive.

Over the years we have had several fantastic local businesses that have provided sponsorship funds, and we’ve had outstanding coaches who have dedicated hours and hours of their time. We thank them all for the opportunity they have provided for so many of our kids to participate in a sport they might not have otherwise been able to experience. It takes an entire community to ensure our children can experience all that life has to offer, and Ozark County is abundant with generosity.