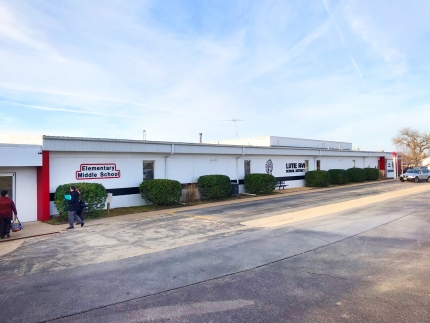 The Lutie school board voted unanimously last week to transition to a four-day school week beginning with the 2019-2020 school year.

During its meeting Thursday night, Feb. 21, the Lutie R-VI Board of Education approved the district’s transition to a four-day school week beginning in August for the 2019-20 school year. The vote was unanimous in favor of altering the district’s schedule to fewer, but longer, days of instruction.

Superintendent Scot Young said Lutie is now the 45th district in Missouri, of a total of 518 districts, to officially adopt the four-day school schedule.

The four-day week at Lutie School is set to roll out Aug. 13,  the first day of classes, with a scheduled end date of May 20, 2020. The school week will run from Tuesday to Friday. In addition to the regular instruction days, teachers will spend the second Monday of every month at school for professional development and trainings.

Classes will be in session 14 fewer days during the year (150 school days, as opposed to 164 school days in the five-day schedule), but school officials emphasize that students will still receive the same amount of class time as in a traditional five-day school week.

“You’re still teaching them the same amount of time. It’s just a longer day within a shortened week. You’re not cutting out a minute of instruction,” Young told the Times.

With the new schedule, classes will be in session from 7:54 a.m. to 3:40 p.m., a 19-minute per day increase in instruction time from the current year’s 8 a.m. to 3:27 p.m. schedule. Most school and holiday breaks will be the same length as they are in the current year, Young said, with the exception of spring break, which will be two days shorter next year than it is this school year.

The research that led to the decision

The four-day school week option has been a wildly popular choice with both Lutie parents and current faculty, Young said.

“We sent home a survey [about the possibility of a four-day school week], and there was only one parent not in favor of it who returned the survey,” he said. As far as current Lutie faculty, Young says they were on board with the revised schedule before he was.

“When this first came up two years ago, I wasn’t a real big fan. My concern was test scores and instruction. I didn’t want the students to fall behind,” he said.

Despite his initial hesitancy, Young said he began to read and research the four-day school schedule to see how it had been implemented in different districts. A large part of his research efforts involved discussions with Turner, who is conducting extensive research on the growing trend of Missouri school districts to transition to the four-day school week.

“Our research is pretty clear that most parents and school staff love the four-day school week,” Turner wrote in an email to the Times. “A common thing I hear from parents and school staff is that they don’t know if they could ever go back to a five-day week. I do think the four-day week does recruit and retain teachers in school districts that struggle to keep the salary scale competitive. I also think, if used well, the additional and more organized professional development opportunities can result in an academic benefit.”

Young said he’s read firsthand opinions from school leaders who are currently implementing a four-day school week through a mass email dialogue that Turner has organized. Some of the discussion has focused on asking superintendents at schools that have already transitioned to the four-day week how it has impacted their schools in different ways. The answers have been eye-opening and overwhelmingly positive, he said.

Young has also had extensive discussion with Bakersfield superintendent Dr. Amy Britt, who has seen positive results there.

With the strong backing of the research and the reports of positive experiences, Young said he started to come around to the idea. “I guess I just have to be shown the data. When I was, I went, ‘OK, let’s really look at it.’ So that’s what we did,” he said. “I was worried the students would fall behind, but at no place in Missouri have I found that to be the case. That was reassuring.”

Will academics be affected?

Turner’s findings support the trend that academics are not negatively affected with the four-day school schedule.

“The state of Missouri has had a very inconsistent assessment system over the last few years with many changes to the MAP tests; therefore, it has been very difficult to measure the academic impact on statewide testing,” Turner wrote. “In states like Colorado, where over half of the school districts use a four-day week, research has found that the four-day week does not appear to harm student academic performance. Although it is also pretty clear that there is no long-term positive impact either.”

Turner said that many schools do appear to have a short-term academic boost from the four-day week, which he believes is likely related to increased professional development and collaboration with teachers and increased student motivation to do their best.

“So, in summary, the research is not clear on the academic impact, but I am pretty comfortable in saying the research is pretty clear that the four-day week alone will not harm student academic learning,” Turner said.

In the history of the four-day school week in Missouri, the Lexington school district near Kansas City is the only district to switch back to the traditional five-day week. Turner said the switch back was because of the perception that the longer days had a negative impact on early elementary students.

“Lexington did switch back due to the longer day--however, one of the comments that I hear from schools and parents in four-day districts is that students are now more energized. Especially in high schools where active students are often involved in weekend activities and have jobs, there is a perception that the extra day off (typically Monday) allows students to rest and get their homework done….  I do hear about how the later bus-drop-off times in the winter does mean that some students are getting off the bus when it is nearly dark, and it does often push back start times for evening athletic events, which results in students getting home later.”

Young says he doesn’t anticipate the lengthened day will affect many, if any, of Lutie’s sporting events or extracurricular activities.

The strongest factor Lutie administrators and board members focused on in the decision to adopt the four-day school week was its expected impact on teacher retention and recruitment.

“Every school district that has made this change has done it for their own reasons. Our biggest motivating factor is teacher retention and recruitment. How can we improve our staff and have highly qualified teachers? As a small school in rural America, we sometimes have trouble finding teachers in certain subject areas,” Young told the Times. “This will certainly help.”

Other factors that are likely to impact the school in a positive way include district costs, student recruitment and attendance/disciplinary disruptions.

District savings: Young said that a lot of schools on Turner’s email list have indicated that they’ve chosen the four-day school week for cost factors. While the decision at Lutie has not focused on cost savings, the school board did ask Young to put together figures on what savings can be expected with the shortened week.

“I did a cost analysis of going four days instead of five. It looked like it was going to affect us at around 20 percent in some areas,” Young said, citing the estimated savings from transportation and food. “It’s not really that much, definitely not enough to base a decision on, and that really was never was the focus for any of us anyhow.”

Student recruitment: Another aspect that may be affected by the four-day school week is student recruitment. As one of several middle and high school options for students graduating from K-8 school districts at Thornfield and Mark Twain, Lutie may be a more attractive option because of the four-day week.

“Last year we lost a couple students to Bradleyville, and they were already on a four-day week,” Young said. “The parents of those students said that was the reason. We don’t know if it’ll make a big difference, but it probably isn’t going to hurt us.”

Better attendance, fewer disciplinary disruptions: In Bakersfield, as well as some other four-day-school-week districts, attendance has increased, and disciplinary actions have decreased.

In a Times opinion-page piece (“The four-day school week: one local school’s experience,” Jan. 30) Bakersfield’s Britt wrote, “I argue that we have better instruction, deeper learning with longer classes and a greater commitment to attendance with the four-day week. With more time in each class for hands-on activities, kids who may not like school have better attention and seem to be better prepared to give more effort. Our discipline referrals are down 32 percent.

“Anytime you have a substitute teacher in the classroom, learning suffers, but with the four-day week our student and staff attendance rates are up. Teachers are taking fewer days off, so another positive by-product is that our sub costs are down 58 percent.

“The four-day week has allowed our high school kids to do a host of other things that used to take away class time. College visits, vocational post-secondary visits, job shadowing, internships and working are all things high school kids can do on Monday that they used to miss class time to do. With the four-day week, we are very intentional about instructional time, and reducing the amount of time kids are out of the classroom for these trips is very helpful.”

Although the four-day school week has proven to have a number of positive benefits for districts, Dr. Turner said it doesn’t come without some concerns.

Childcare: “I do have some concerns that some students will have unsupervised days home alone and working parents will need to find appropriate ways to supervise their children while they’re at work. While our research with parents does not find this to be a significant problem for most parents, there is a sizable amount (about 15 percent) that report struggling to find childcare on the extra day off.  Our research does find that parents with only early-childhood-aged children and parents with students receiving special education services are also less supportive of the four-day school week, although childcare does not seem to be the issue that is lowering this support,” Turner said in the email.

Young said that the one parent who was opposed to the four-day week cited finding childcare for the extra day as the primary concern.

Food insecurity: Another concern relates to food insecurity. With an extra day off from school, will students have enough food to last them through the weekend? Young says Lutie is currently attempting to address this concern in a variety of ways. It is currently formulating a proposal for a state-funded grant program referred to as the “supper grant” that would provide an extra meal to be sent home for every child who stays after school. The proposed supper pack will include a well-rounded meal including meat, fruit, vegetable and drink.

Lutie is also looking at ramping up the amount of food it sends home with students through the “backpack program,” which provides food for students to take home for weekends. Most of the backpack program food is provided through the Ozarks Food Harvest. Donations to the program are also supported through local churches, individuals and the local Masonic Lodge.

Young encourages anyone with any questions or concerns involving the four-day school schedule or any other aspect of the switch to contact him at the school, 417-273-4150.