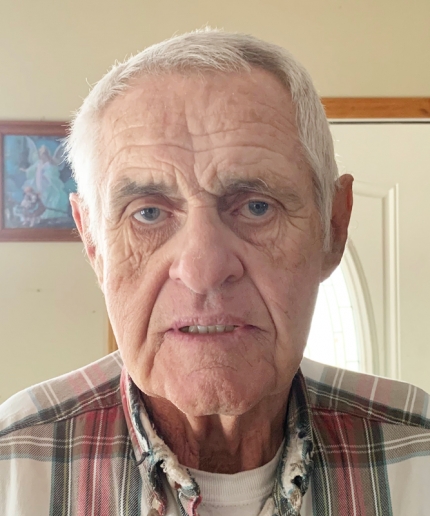 The Gainesville school board is actively considering switching the district to a four-day school week. Lutie is also considering the switch. Bakersfield is already in its first year as a four-day-week school (see superintendent Amy Britt’s update, page 4), and Dora superintendent Steve Richards says that district has been operating on what is, in effect, a four-day week for a couple of years now.

Meanwhile, in Thornfield, retired Missouri legislator Maynard Wallace watches what is happening ... and smiles. He led the effort to pass the legislation that gave local school boards the option of adjusting their schedules to fit the needs of their district.

“I was chair of the Education Committee in the House,” Wallace told the Times last week. “Rep. Gayle Kingery from Poplar Bluff, another retired educator, spent a lot of his off-session time in Colorado. He came back from there with news that Colorado had this option, and he offered a bill in our committee that would allow schools to go to a four-day week.”

The bill passed out of the committee “but wasn’t going to get traction on the floor of the House,” Wallace said. “Near the end of the session, I was negotiating with the chair of the Senate Education Committee for things we could put in an omnibus bill. Initially I didn’t think we could put in the four-day week, and I told Gayle so. But as we got down to the final configuration of the bill, Sen. David Pearce from Warrensburg said he thought it would fly in the Senate. It did, and the governor signed it.”

The statute, 171.029, was passed on Aug. 8, 2009, according to the legislature’s website. The law allows districts to “establish a four-day school week or other calendar consisting of less than 174 days in lieu of a five-day school week. ... Such calendar shall include, but not be limited to, a minimum term of 142 days and 1,044 hours of actual pupil attendance.”

Wallace’s successor, Lyle Rowland, offered legislation that deleted the specific number of days and left only the minimum number of hours of pupil attendance.

“My interest, well, some of it was cost saving. We thought it would save a little on transportation and utility bills,” Wallace said. “But the bigger part was simply giving local boards more authority. That was the center of my educational theme, letting local boards make more decisions rather than having decisions forced on them by the state.”

Wallace said the legislature passed the four-day statute  “not knowing whether districts would actually use it.”

He mentioned “a couple of thoughts that might be overlooked at first. It’s obvious that on a four-day week you’ll spend less on gas or diesel for the buses. And you’ll have a bus driver you’re paying four days a week, not five. But also, most buses are replaced on a schedule of six or maybe eight years, etc. But a four-day week might give you another year or two of life so you don’t have to spend $80,000 on a new school bus quite so soon.”

The second thing was something Wallace said was “always an issue” for him, especially when he worked as superintendent of the widespread school district based in Ava. “We had little kids, and also big kids, riding the bus 90 minutes twice a day. A lot of rural districts have that. Gee whiz, you add that up, starting a 5-year-old riding a bus three hours a day for 10 years (by then they’re usually old enough to drive). By going to the four-day week you’re keeping them off that bus another day a week.”

The original bill specified that, if a school district went to a four-day week and reported “at least two fewer performance standards on two successive annual performance reports,” it would be required to revert to the traditional 174-day school year, that is, a five-day school week.

That requirement was later repealed, according to the mo.gov website. Bakersfield superintendent Dr. Amy Britt said she didn’t know the legislature’s reasons behind the repeal of that section but agreed it wasn’t necessary.

“To me, it’s a non-issue because if student performance is going down, we’re going to want to look for reasons, and we won’t have to rely on state law to make us do that. We’re going to review and revise the curriculum and do whatever is necessary to get those scores back up,” Britt told the Times. “That was one question I was asked by the board - what would it take for us to go back? And my answer was ‘a decline in student performance.’”

Dr. Jon Turner, assistant professor of educational leadership at Missouri State University, has done extensive studies of the four-day school week. He said that currently 33 of Missouri’s 518 public school districts are on the four-day week “and two additional schools (Fair Grove and Marion C. Early in Morrisville) have voted to switch next year.”

Britt said Turner’s research data shows that, “when you first go to a four-day week, your test scores go up for two to three years, and then they level off to about what they were before the change.”