Benefit for child with cancer is Sat., Feb. 4 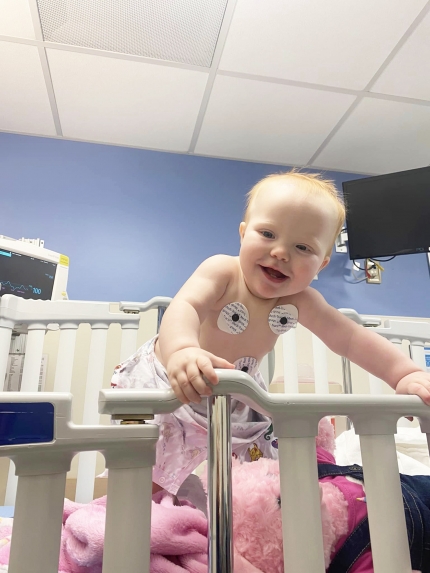 Stormy Sigman is shown here after a surgery to remove a tumor from her throat earlier this month.

A benefit event in support of Stormy Jean Sigman, a 10-month old child diagnosed with cancer, is being held from 4 p.m. Feb. 4, to 2 a.m. Feb. 5, at Take 5, located on Highway 5, south of Gainesville, near the Arkansas state line.

A fried chicken dinner will be served for $10 for adults and $5 for children. Take 5 will enact a no-smoking policy for the night.

Live music will be provided with Blayd Law playing from 4 to 6 p.m., Jake Cantrell from 6 to 8 p.m. and David Dunn from 8 p.m. to midnight.

“Both were extremely successful. She is scheduled to began her first chemo treatment this week,” Teagan told the Times last week. “She also has a surgery to remove a tumor behind her ear in March and a major surgery to remove a tumor near her heart on April 7. She has more swallow studies coming up too, which will check how her throat is after that surgery and to make sure there are no other tumors there.”

Teagan said they expect at least one other surgery to be scheduled after those, but they haven’t received a date for it yet.