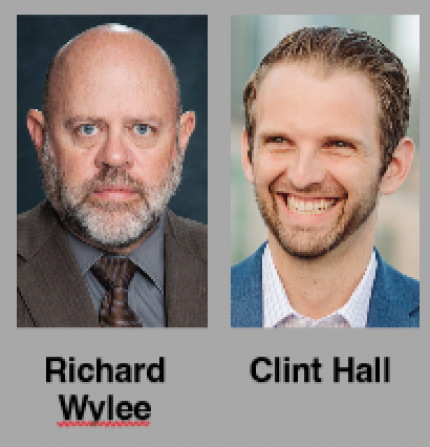 The Gainesville School District has announced that it has hired Dr. Richard Wylie as the 7th - 12th grade principal for next school year, 2023-24.

Wylie is essentially trading positions with current Gainesville principal Clint Hall, who has accepted the position of Mansfield School superintendent, the position Wylie is currently holding.

“I am deeply honored to be joining the Gainesville R-V family,” said Wylie. “The reputation of the Gainesville district is one of excellence forged in a devotion to its students and community. I look forward to doing my part in contributing to the continued success of the district and advancing the many opportunities it represents. My door is always open and having this opportunity to expand my professional family is what I look forward to most of all.”

A Springfield-News Leader article says that Wylie explained that his decision to leave at the end of his contract at Mansfield was due to a combination of personal and professional reasons, and the school board at Mansfield had known for a year that he planned to leave.

“I maintained a 17-year career in education, which is pretty all-encompassing in terms of time and attention, and I’d like to recommit some of the time and attention to other things,” he said to SNL journalist.

Wylie and wife Valerie are Mountain Grove natives. In addition to their careers in education, they co-manage a family cattle ranch. They live in Harville and have a second home in Protem and frequent Bull Shoals Lake. In their free time, Richard enjoys restoring old cars, and Valerie enjoys reading.

His notable accomplishments include development and implementation of highly successful curriculum, contributing to the professional development of others, influencing organizational cultures to being student-centered and providing leadership for schools which have achieved outstanding levels of performance, according to the press release.

“During his career as a professional educator he has established a reputation for being a servant leader and always striving to support the success of others.”

Wylie holds an education doctoral degree from Lindenwood University. His dissertation focused on a study of response to intervention in rural secondary schools. He has also earned specialist and master’s degrees in educational leadership from William Woods University, and a bachelors degree in political science from Southwest Missouri State University.