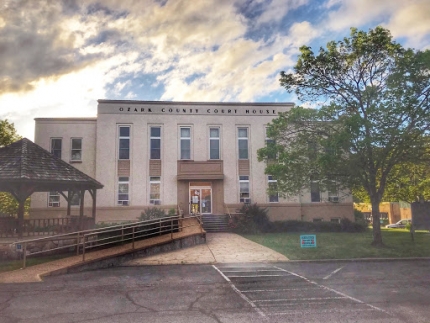 The Ozark County Commissioners voted unanimously during their Monday meeting to place an upcoming measure on the April 5 General Municipal Election ballot.

If approved, the measure would allow Ozark County to receive county tax on goods purchased by county residents through website and other online options. The tax would then be used by the county for its various services which may include county road maintenance, improving sheriff’s office services or other county business.

“If you buy something at Town and Country for $1, you’ll pay the state [sales tax] and county [sales tax] and, if you buy it in the city limits, you pay city [sales tax] too. If you buy that same thing off Amazon, sometimes you pay the state, but you don’t pay any county or city tax,” Turner said. “Those delivery trucks are running up and down Ozark County’s roads, and the county doesn’t get any revenue off [those purchases].”

Turner says sales trends continue to move toward more online sales all the time, and if the measure doesn’t pass, the county could be in bad shape in a few years.

“In the future, I can see a time when people will purchase 75 percent of they buy offline, and they won’t even shop in the grocery stores or hardware stores… if we don’t get ahead of this, we’re going to start losing money and have to curtail services, whether that be roads or law enforcement or ambulance or whatever,” he explained.

Turner said the measure will also help level the playing field between local businesses like Town and Country and large online retailers like Amazon.

“If Town and County has 25 or 30 employees, and they are out there trying to sell the same roll of paper towels that you buy off the internet and don’t pay any taxes for, it’s tough for them,” Turner.

Howell County and other surrounding counties have passed the use tax, Turner said.

The commissioners say it’s hard to estimate how much sales tax revenue would increase in the county if the measure passes, because when it receives tax funds from the Missouri Department of Revenue, the county doesn’t receive an itemized breakdown of how the revenue was derived.

“They just send tax. They don’t tell you if it’s cars, they don’t tell you if it’s groceries. They just send the tax. So what we’d be able to do, is the first month or two, we could look back and say in August of last year we had this much and in August of this year we had this much… In some counties, it’s substantial,” Turner said. “It could bring hundreds of thousands of dollars for us.”

A similar measure, which is referred to as a “local use tax,” was put on the ballot by the county during the April 7, 2020, General Municipal Election. It was voted down 786 to 373.

The county says part of the issue with the ballot measure then was confusion about what a use tax is. At that point, it was referred to as an “internet use tax,” and many residents mistakenly thought the measure would tax people for internet service or for somehow using the internet. The confusion was seen statewide, as other counties also attempted to pass the measure in their areas.

The legal statute wording has been changed twice since that time in order to make it more clear, and the commissioners think it’s been improved.

The language on the upcoming ballot will be similar to this:

The commissioners say that in order for the city and village governments of Gainesville, Bakersfield and Theodosia to collect city sales tax on products purchased through the internet, they’d also have to put a measure on the ballot for their respective voters.

Turner said he’s urged them to do that, but it’s unclear if any of the governments have officially decided to also pursue the ballot measure.

Turner said Howell County and many other Missouri counties have passed the tax, and the tax revenue has been very beneficial to their county services and government.