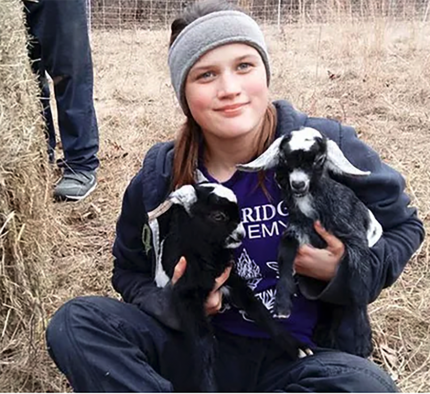 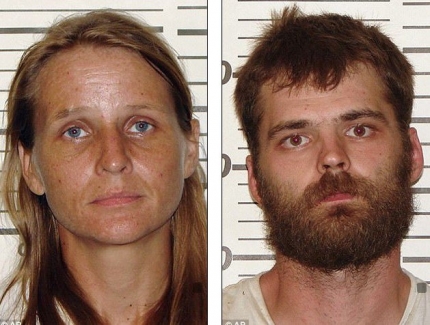 Theodosia resident Rebecca Ruud walked out of the Greene County Jail Sept. 15 a free woman after being held in pre-trial custody for five years in connection with murder charges involving her teen daughter Savannah Leckie.

Ruud appeared in Greene County court before Circuit Judge Calvin Holden that morning for a sentencing hearing in a case in which she was originally indicted on charges involving the murder of her 16-year-old biological daughter Savannah Leckie and the subsequent burning of the girl’s body at her off-grid farm in Ozark County.

Ruud, who was found not guilty of all charges against her except abandonment of a corpse during her June 27-30 bench trial before Holden, was sentenced to four years in prison. She was given credit for time served, meaning the five years of pre-trial custody she’s already served fulfilled the punishment obligation, and she was released. She was also ordered to pay a $5,000 fine.

Abandonment of a corpse is a class E felony, the lowest level of felony in the state. It carries a maximum sentence of four years in prison. The court could not deny Ruud credit for time served, because the action occurred before a change in a Missouri Revised Statute related to it.

Holden, the judge who presided over the bench trial, made the ruling and sentencing in her case, retired on July 31; however, he was assigned as a “senior judge” in the case, allowing him to deliver the sentencing.

Holden had ordered a sentencing assessment report (SAR), a document put together with the Missouri Department of Probation and Parole designed to present timely and useful information about offenders and their crimes to judges and attorneys soon after a plea or finding of guilt to aid them in devising an appropriate sentence. The SARs give details about the severity of the offense, the impact on victims and the offender’s risk of re-offending. They also set forth recommended sentence options and the appropriate correctional resources available – both in the community and in prison.

Ruud’s co-defendant, Robert Peat Jr, was also originally indicted in the case, but on Sept. 14 all charges against him were dismissed. Peat testified for the state at Ruud’s trial but wasn’t promised anything in exchange for the testimony. The charges against him were dismissed by Assistant Attorney General Gregory Goodwin, who was assigned to prosecute the case after former AAG Anthony Brown left the AG’s office for a new position at a different agency.

Like Ruud, Peat faced first-degree murder, second-degree murder, abuse or neglect of a child resulting in death, tampering with physical evidence in a felony prosecution and abandonment of a corpse.

Background in the case

Officers and dozens of volunteers spent countless hours searching for the girl on land and by air.

After the investigation raised some red flags, a human remains scent dog was brought to the property and alerted to a burn pile where officers found 13 teeth, a jawbone and a metal zipper pull and button from a pair of jeans. The day the remains were found, Ruud married her boyfriend and co-defendant in the case, Peat Jr.

In their opening arguments during the Ruud trial, the defense team admitted that Ruud had burned the body of the girl. That confession wasn’t a surprise to the prosecution because they’d heard Ruud admit to throwing Savannah’s body into a fire in an interview Ruud had with a Missouri Public Defender investigator which she secretly taped and gave to her husband Robert Peat Jr., who turned over the tape a year later to law enforcement.

Although Ruud admitted to burning the girl’s body, she and her lawyers say she only did that after she found the girl “cold” and dead in a camper on the property from an apparent suicide.

In the taped recording that was played in court, Ruud said she was afraid she and then-boyfriend Peat Jr. would be charged with neglect in connection with the suicide.

The prosecution argued and laid out evidence that Ruud killed the girl - either by drugging or burning the body. A human remains expert testified that no human remains were detected in the camper trailer even though the dogs can alert to the smallest piece of scent left behind from remains. He testified that the dogs can alert to the smell almost immediately after death.

Three jailhouse informants also testified during the trial, giving varying accounts of what they said Ruud told them about the incident. One informant said she told her she’d given the girl drugs in Kool-Aid and wondered if the drugs would show up on a toxicology screening. Another informant said Ruud also told her that she’d drugged the girl and once she thought she was dead, she brought the body to a burn pile to dispose of it. After being placed in the flames, the girl sat up, screaming, and Ruud hit her with a rake until she stopped.

Holden released a five-page verdict document following the trial, explaining in part why he chose to find Ruud not guilty. In the document, he says “it is better to let guilty people go free to avoid one innocent person being convicted and going to prison for the rest of their life.”

He admitted to writing several different verdicts in the case, and he said he worked for over 50 hours reviewing the evidence after the trial concluded.

“…I have worked on this case/verdict for over 50 hours trying to find evidence that the court could be firmly convinced, beyond a reasonable doubt that the defendant was guilty of murder. Finally, the court has determined there is not enough evidence to meet this burden of proof; it should not take more than 50 hours to become firmly convinced of murder,” Holden wrote.