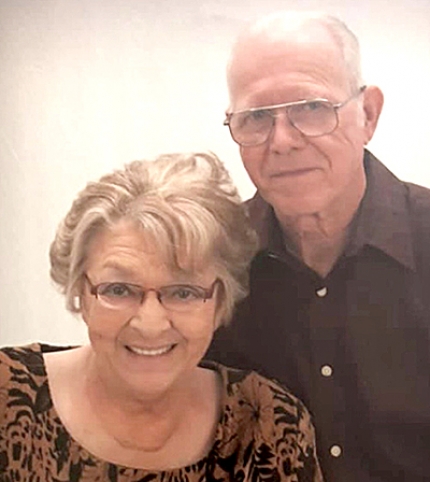 George Harden was born Oct. 21, 1940, in Hardenville, the son of Herbert and Sadie Harden. Growing up on the Harden family homestead, he enjoyed spending time with his father, even referring to his dad as his favorite person. As a teenager, he worked at a small dairy farm, loving the perk of drinking that fresh grade A milk. He graduated from Gainesville High in 1958. Two years later, he met Deloris Martin at the Steel Bridge Picnic.

Mr. Harden always had the urge to stay busy. He was the “go-to” guy for many people, especially for his four daughters, but he also helped anyone in need, even complete strangers. There wasn’t much he could not fix or do once he put his mind to it. A very mechanical and handy man, he often helped his girls with their car problems, including a complete rebuild. He was a great mentor. His interests in airplanes led him to build and fly remote-controlled model airplanes. Eventually he became a licensed pilot and purchased a small plane.

After retirement, he took up hiking. He wanted to see the Grand Canyon – and did so twice, often reflecting in awe on the beauty of the landscape.

He is survived by his sister, Judy Louise Smart, and his children and grandchildren, listed below.

He was preceded in death by his parents; his sisters Nellie Jean Whillock and Pernie Jane Harper; and a brother, Don Havley Harden.

She was raised on the Martin family farm. Growing up, she enjoyed playing with her cousins in nearby Bryant Creek, collecting pretty rocks and catching crawdads.

Mrs. Harden was very proud of her heritage and truly loved her Martin family. She will be remembered for always putting others’ needs and wants before her own, listening without judgment, loving without restrictions and having open arms waiting anyone who needed a hug.

After raising their four daughters, she went back to school and became a Licensed Mental Health Technician, working for Via Christi Hospital in Wichita. She loved and had patience for those dealing with mental illness; she had a passion for helping those with schizophrenia. She was a great contributor to research on clinical trials, helping find new medications to treat mental disorders.

She enjoyed cooking, gardening, crafting, oil painting, floral design, reading novels and traveling. She adored spending time with her grandchildren and great-grandchildren. When health issues left her homebound, she discovered Facebook, where she made several new friends via “Fish World” and enjoyed designing fish tanks and sharing them.

She is survived by her children and grandchildren, listed below.

She was preceded in death by mother.

After George and Deloris were married, they put down roots in Gainesville, where George worked at the local movie theater and also owned George’s TV store, where he sold and fixed TVs and other appliances. Later, struggling to make ends meet, they moved to Wichita, where George worked for the Boeing Aircraft Co. For the majority of his 30-year career, he was a mod inspector and took great pride in his work.

The Hardens enjoyed traveling and often did so with George’s job, even into Canada. Deloris loved putting her feet in the ocean and seeing the landscapes. She was the love of George’s life.

When George married Deloris, he became a member of the extended Martin family. They attended as many of the annual family reunions here as possible, enjoying the camping, morning coffee, float trips and visits around the campfire at night. Sadly, when Deloris’ health declined, they could no longer make the trip back home. George dedicated his time and energy to caring for her in every way.

In his own final days, George wanted his family to know how much he loved them and how immensely proud he was of them. He cared very much for everyone’s wellbeing and will be greatly missed.