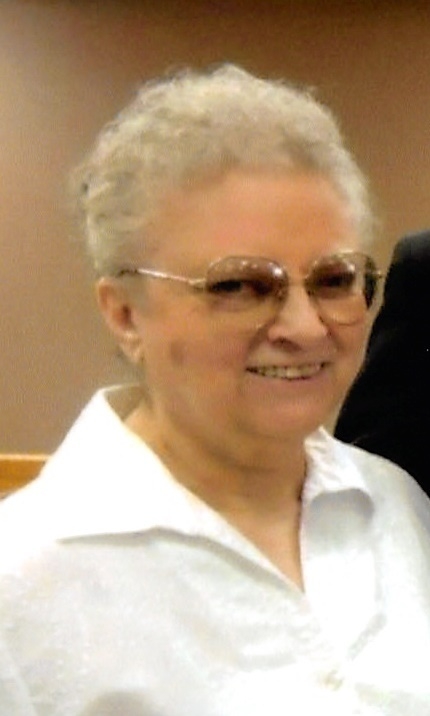 A private graveside service has been planned for Irene Hagen Upton, 87, of Independence.

Mrs. Upton died Sept. 19, 2022, at Centerpoint Hospital in Independence. No visitation or viewing is planned, but a celebration of her life will be held later to allow her many relatives, friends and fans to share stories of the impact she had on so many.

She was born July 30, 1935, in Elk Point, South Dakota, the daughter of Raymond and Bessie Hagen. She grew up primarily in Independence, and married Bobby D. Upton, whom she called “the best man ever,” on Aug. 2, 1957. They had 65 solid, well-lived and love-filled years together, and had three children, Debra Sue, Jeffrey Dean and Brian Douglas.

Irene was a minister of love and kindness in many ways, impacting hundreds of people. She was too humble to recognize her gifts and impact, but those who were touched by those gifts know the truth. She was never comfortable with being in the limelight or being praised, and she would probably not approve this obituary. But her family chooses to celebrate her very bright light that she shared with so many others. More than one person, on hearing the news of her death, said some variation of, “What a lovely, lovely woman she was.”

She was a Sunday school teacher and children’s church director at Montgall Baptist Church, Cleveland Avenue Baptist and Lane Avenue Baptist Church for 28 years. She took great care in creating visually creative rooms for the children while teaching them about God’s love. The children whose lives she touched are all parents and grandparents today, and many of them talk about their memories of those Sunday school years and the love they felt from her.

Most everyone who knew Irene received a card annually. She recorded every birthday, anniversary and death on a calendar. Actually, she didn’t really need the calendar because she remembered them all years later. Even shortly before she died, she was talking about birthdays that were on Sept. 19. She always sent a handwritten note with her cards, perhaps some cash, and she always mailed them so that they arrived on the actual day of the birthday or anniversary. Decades later, her nieces and nephews still talk about the cards and gifts they received from Aunt Irene (also called “Aunt Tootsie” by some) that made them feel so loved.

Irene was a crafter. Starting with the crafts and projects in her children’s ministry, she participated in church bazaars for years while her kids were still at home. After they were on their own, she started making felt ornaments for craft shows. She made special ornaments each year for each grandchild that was specific to some event or happening in their lives - dance, farming, love of cats, etc. Dozens of friends and relatives in the Kansas City area have Christmas trees filled with the finely detailed felt ornaments she made through the years – a tribute to her love.

She was preceded in death by her parents, brothers Jack Hagen and Bobby Hagen, and sister Marian Chellew.

Memorial contributions may be made to City Union Mission, where she and her husband cared for those in need for many years through their monthly gifts; mail checks to City Union Mission, 1100 E. 11th St., Kansas City, MO 64106 with “Irene Upton memorial” on the memo line. Online donations may be made at cityunionmission.org. Click on “Donate Now,” then select Memorial/Honorarium and add Irene’s name in the comment section.