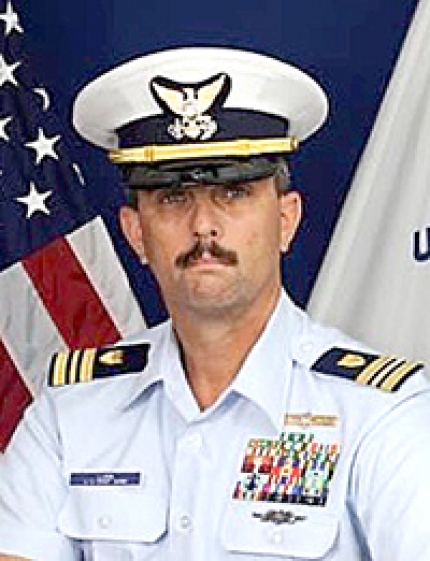 A memorial service with full military honors for retired Coast Guard Lt. Commander Troy T. Luna, 57, of Suffolk, Virginia, will be held at 11 a.m. Friday, May 14, 2021, at Hickory Ridge Community Church in Chesapeake, Virginia. Mr. Luna died unexpectedly on March 26 at his home.

He was born Aug. 22, 1963, in Franklin, Virginia, the son of Jerry and Brenda Luna. He grew up as a “military brat,” living in different parts of the country wherever his father served with the U.S. Coast Guard.

Mr. Luna spent his adult life in the U.S. Coast Guard, serving a total of 33 years, including as a GS-13 marine transportation specialist with the USCG Commercial Vessel Compliance Fishing Vessel Safety Division in Suffolk, as GS-12 fishing vessel safety district coordinator, and as lieutenant commander and assistant chief, inspections and investigations branch (prevention) in USCG District 5 in Portsmouth, Virginia. After retiring from the Coast Guard in 2012 he continued in the job as a civilian, a position he still held at the time of his death.

Mr. Luna was a lifelong learner. He enjoyed golfing and traveling with his wife and family, including annual visits to see his family in Ozark County. In 2017 he earned a master’s degree in business management from the University of Phoenix. He was devoted to his family – wife, children, grandchildren and parents – and was constant and loyal in his support of them.

He is survived by his wife, Debbi, of the home in Suffolk; a son, Travis Luna and fiancee Kirstie Williams; a daughter, Jenifer Elerick and husband Justin; grandchildren Kirsten, Desiree, Angel, Adilynn, Wyatt, Kylor, Braston, Leland and Kaylee; his parents, Brenda Luna of Franklin, Virginia, and Jerry Luna of Gainesville; one brother, Noel Luna and wife Pam of Gainesville; and one sister, Cynthia Luna Ketter and husband Jay of Topeka, Kansas; and several nieces and nephews.

He was preceded in death by his grandparents.

Condolences may be sent to the Luna family at 1061 Pitchkettle Road, Suffolk, VA 23434.

A remembrance marker will be placed  at Smith Chapel Cemetery north of Gainesville.