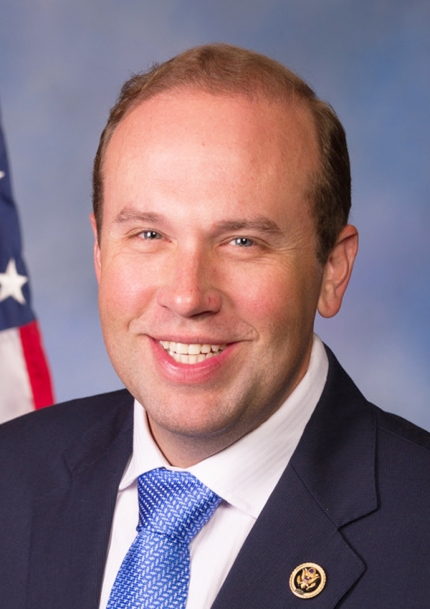 This Fourth of July, Americans all over the world will join together to celebrate our 242 years of independence. The freedoms we enjoy every day came at a great cost. ... As I think of the brave patriots who put it all on the line for us in 1776, I am proud and fortunate to be an American, and I’m humbled to represent the area in Missouri that seven generations of my family have called home.
America’s hard fight for independence is an inspiring story. In the 1700s, Americans were considered subjects and colonies of the British empire. A king 3,000 miles away collected taxes, levied fines and denied them any representation in Parliament. On July 4, 1776, fifty-six patriots, speaking on behalf of their hometowns and communities, signed their Declaration of Independence from the most powerful kingdom on the planet.
They knew full-well this would be considered an act of treason, punishable by death. But our founding fathers would have rather died in the pursuit of freedom than lived oppressed. “We must all hang together, or assuredly we shall all hang separately,” Benjamin Franklin remarked.
Some of our founding fathers paid dearly for their daring deed. Richard Stockton, a signer of the Declaration of Independence, was kidnapped from his bed by British loyalists in the dark of night. They shipped him to a prison in New York, where he was starved and chained outside in the dead of winter. It was a brutal revolution, but in the end the American rebels were victorious, and colonies under an oppressive king’s thumb became free states governed by the consent of the people.
Since it was first declared in 1776, generations of Americans have sacrificed and fought to maintain our independence. I will be attending a dedication ceremony in Poplar Bluff to remember one of those Americans from Missouri: Private Billie Kanell, who was killed in action fighting with the U.S. Army in the Korean War. Private Kanell was posthumously awarded the Medal of Honor after he threw himself on not one but two separate grenades to protect his comrades in 1951.
Our nation’s bravest have sacrificed everything for us on the beaches of Normandy, in the jungles of Vietnam and in the sands of the Middle East hunting the terrorists who planned the Sept. 11 terrorist attacks. I am grateful to every service man and woman  past, present and future who stands ready to defend our beloved country and its flag at any moment.
Like all hard-fought victories, our freedom is worthy of grand celebration. I’m looking forward to celebrating with my friends in Bismarck at the Freedom Fest parade in recognition of the national holiday and also Bismarck’s 150th anniversary. The Alley Spring Independence Day celebration will have delicious homemade ice cream and features the Po’ Anna Bluegrass Band and the County Ho’ Downers square dance group. Salem will take to the streets for the “Celebrating the American Dream Parade” followed by fireworks, and in Willow Springs the theme this year is “The Spirit of 1776.” Malden is planning a “Red, White, and BOOM” celebration Wednesday night featuring a special guest performer, and in Cape Girardeau the municipal band will play patriotic music before the annual Spirit of America Award presentation and fireworks at Arena Park. Of course, it wouldn’t be Independence Day in Missouri without the famous fried chicken at Oran’s picnic and fireworks display.
However you celebrate this Fourth of July, passing down an appreciation and understanding of America’s liberties is the best way to ensure those who sacrificed for our freedoms didn’t do so in vain. Be safe this Independence Day, but be proud and happy, because America is still the land of the free.