Effort to change addresses may not help residents here 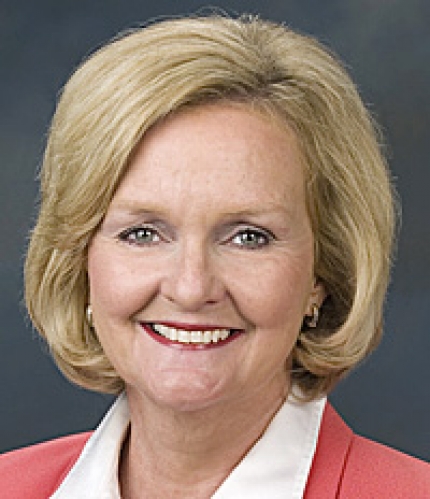 Editor’s note: In response to Sen. Claire McCaskill’s call for the U.S. Postal Service to ensure that citizens have a mailing address in the actual state where they live, we contacted a couple of Arkansas residents who live on the north side of Bull Shoals Lake adjoining Ozark County. One Arkansas resident whose mailing address is Protem said the arrangement is working fine as it is. The other resident, who lives in Price Place, Arkansas, said things have been a “nightmare” since her mailing address was changed from Pontiac, Missouri, to Oakland, Arkansas. To contact McCaskill’s Springfield office, call 417-868-8745 or send mail to 324 Park Central West, Suite 101, Springfield, MO 65806.

There are a lot of head-scratchers I come across in Congress, and every time I think I’ve seen it all, I’m blown away by a new example of government waste or just plain stupidity. I made my latest addition to that list last year when I realized that there are folks who live in Missouri, have Missouri drivers licenses, vote in Missouri—but for some reason they have Iowa mailing addresses. And while, after discussions I had with the Postmaster General, this problem has now been fixed for some, I’ve recently learned that there are some Missourians who have Arkansas mailing addresses.
The federal government should be able to put people in the right state. From the outreach my office has done so far, we’ve figured out that some Missouri residents near the Bull Shoals Lake area have Arkansas mailing addresses, and there’re folks in at least seven Northern Missouri counties that have Iowa mailing addresses. This issue is more than just a weird quirk—it’s causing headaches and inconveniences for those affected.
We’ve talked to officials in some of the affected counties along the Iowa border and have heard some outrageous, maddening stories. One Missouri resident struggled to get her husband into hospice care because of the address issue. Students have had problems getting in-state tuition at Missouri colleges, a county clerk has had trouble registering some of these Missourians to vote, and small business owners have had to jump through unnecessary hoops. I have no doubt that families along the Missouri-Arkansas border have been inconvenienced by this as well.
I’m glad we solved this problem for some Missourians near the northern Missouri border, but it’s high time we fixed this for the Missouri residents living near Arkansas and everyone else affected by it. I serve as a leader on the Senate’s Homeland Security and Governmental Affairs Committee, which has oversight over the United States Postal Service. So I’ve gotten the chance to work with them on improving postal delivery times and making sure mail isn’t getting lost, and now I’m in talks with them to get this Missouri-Arkansas mailing address issue fixed once and for all.
I’ve sat down with the Postmaster General to share the stories of the affected Missourians, and she’s promised me that she will make changes so that everyone has a postal address that matches the state they live in. I also introduced a bipartisan bill earlier this year that will require the United States Postal Service to make good on this promise.
This issue should never have happened in the first place, and I’m going to continue to get to the bottom of it. I know how proud I am to be a Missourian, and I will make sure that every single Missourian’s mailing address reflects that they live in our great state.