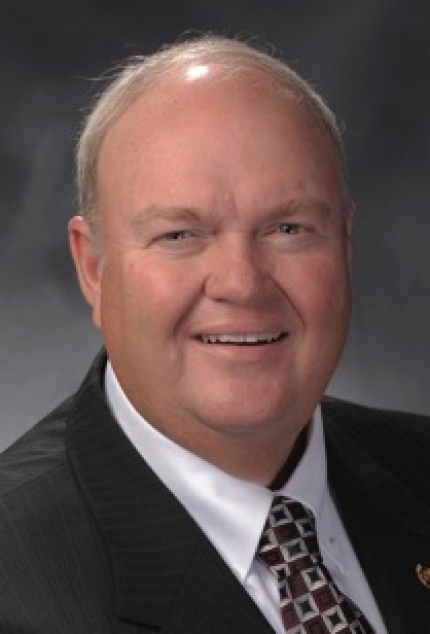 When I get the chance to sit and look out of my office window, I have been observing all the improvements taking place around the Capitol grounds and the outside of the building and wondering what it’s going to look like when they’re done. There are lots of construction workers, heavy equipment, scaffolding and “hard hat areas.” This is a two-year project, and I can’t wait to see the finished project.

On Monday, May 7, I had the pleasure of honoring Norma Stillings, a proud recipient of the prestigious Missouri Lt. Gov. Michael L. Parson 2018 Senior Service Award. This awards program is a way to recognize and celebrate the contributions seniors make to their communities through volunteerism. Norma Stillings is definitely worthy of this award as she does so much for Douglas County. Norma was one of 89 Missourians chosen to receive a 2018 Senior Service Award.

The members of the House and Senate this week gave final approval to a state spending plan that will make a record investment in K-12 public education. The $28.3 billion state operating budget approved by the General Assembly will fully fund the school foundation formula for the second consecutive year. Additionally, the plan keeps funding stable for Missouri’s institutions of higher learning, which will minimize potential tuition increases for students.

The final version of the fiscally responsible spending plan is based on a sensible consensus revenue estimate that will avoid shortfalls that could force the governor to withhold funds. This year’s budget plan enforces fiscal discipline by holding welfare spending in check. It also includes a budget reserve of $100 million to allow for emergency spending needs.

The budget approved by the General Assembly also has a strong commitment to transparency. In addition to eliminating all “E’s,” which represent open-ended spending limits on funds, the spending plan improves transparency in several other key areas. The budget plan breaks down spending for the state’s legal expense fund, which previously had no system in place to track how dollars are spent to pay for settlements and judgments against state agencies. In addition, the spending plan improves transparency for spending within the state’s conservation department, and for dollars allocated to home-delivered meals. The budget also makes a $34 million fund in the Department of Corrections transparent and accountable for the first time.

Other highlights of the FY 2019 Budget include:

• Funding increases recommended by the governor for the state’s scholarship programs, which include a $2 million increase for Access Missouri, $3.5 million in additional funds for the A+ Scholarship Program; and an additional $1 million for Bright Flight.

• $2 million increase in funding toward two-year colleges for the Missouri SkillUP Program that provides free job training and employment opportunities for low-income Missourians.

• $1.8 million increase in funding for the state’s independent living centers, which help people with disabilities increase their independence and their opportunity to participate in day-to-day life within their communities.

• $4 million in state support for Missouri’s Access to Recovery program and peer support, which helps individuals and families struggling with substance-use disorders and provides the tools needed for long-term recovery.

• $487,000 to increase state support for juvenile advocacy officers under the public defender system.

• $72 million increase for nursing home reimbursements, an additional $1 million for developmental disability rebasing, and a 1.5 percent rate increase for all other Medicaid providers.

• $8.5 million increase in funding for the First Steps Program that provides services to families with children, birth to three years of age, with disabilities or developmental delays.

• $400,000 restoration of proposed cuts to the Missouri National Guard to prevent closure of some armories.

• $374,000 for a physician prescription monitoring program to curb opioid abuse.

• $4.75 million increase over the governor’s recommendation for tourism funding and grants ($14.75 million total).

The following bills were “truly agreed to and finally passed” and will be sent to the governor:

• SB 892 modifies provisions of the retirement system for prosecuting and circuit attorneys.

Complete bill information can be found on the House website at www.house.mo.gov

As always, it is a privilege to represent you in state government.