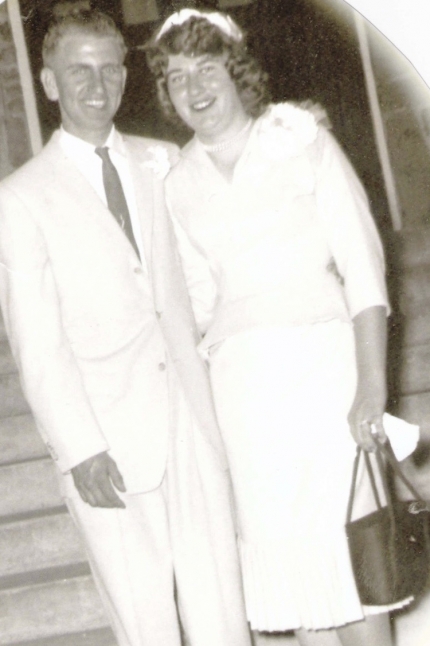 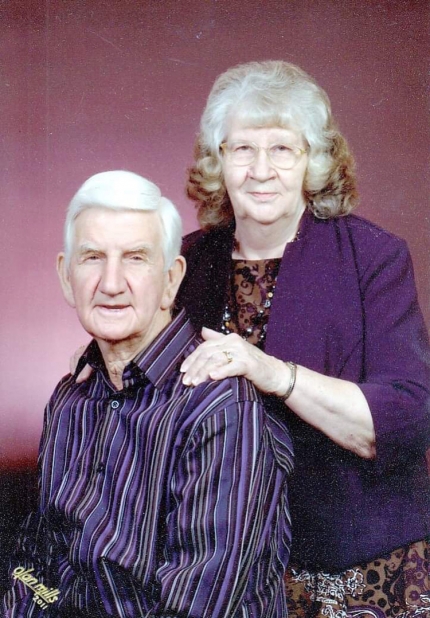 Harold and Velma Strain of Howards Ridge will celebrate their 60th wedding anniversary at a party hosted by their family from 4 to 6 p.m. Saturday, Dec. 1, at Mammoth Assembly of God on T Highway south of Gainesville.

Harold Strain grew up in Clarkridge, Arkansas, the son of Jess and Della Strain. Velma Blacksher, the daughter of Jesse and Eva White Blacksher, grew up in the Howards Ridge area. Both went to rural, one-room schools. After completing eighth grade, Harold left school to go to work. Velma graduated from Gainesville High School in 1958.

She met Harold at a double birthday party for her and her niece. Harold’s brother, Jim Strain, was invited “because he had a record player,” Velma said. Harold also came along with Jim. Harold asked her out; their first date was “to see an Elvis Presley movie in Gainesville,” she said.

They were married by Jack West on Nov. 15, 1958, in Springfield, where Velma had gone to work as a waitress after high school; later she worked in the children’s nursery at the Salvation Army. Harold had been working in Idaho and then in New York State, building dams. After the wedding, they attended the Ozark Jubilee in Springfield before heading home the next day.

They built a little house near Clarkridge but stayed there less than a year before heading back to New York State, where Harold continued doing concrete work in the construction of dams. Their son Joey celebrated each of his first five birthdays in a different state as the little family moved to follow Harold’s work in dam construction. Their second son, Mark, celebrated his first birthday in Montana. They moved back to Arkansas after Harold’s brother Jim died. Harold then worked on a dam at Dardenell, Arkansas, and then at Stockton, Missouri. After their third son, Robby, was born, the Strains settled in Howards Ridge, moving into a house they built in 1962. Eight years later they had their fourth son, Michael.

They’ve been in Howards Ridge ever since. Harold continued working in the concrete business until his health declined and he retired in 1994. With his help, Velma made a big garden each summer. “Some years I canned 140 quarts of green beans,” she said.

It was hard work, raising four boys, working on their farm and making the big garden. “I thank the Lord, because he was in it and helped us every day,” Velma said.

Today their family members live near them in Howards Ridge: Joey and his wife Wynona, Mark and wife Yvonna, Robby and wife Michelle, and Michael and wife Holly. The Strains have nine grandkids and nine great-grandchildren. They’ll be gathering for Thanksgiving, and then they’ll celebrate their anniversary on Dec. 1. They originally planned a Nov. 10 party – before their sons reminded them of a big conflict. “They asked me, ‘Mom, why did you get married during deer season?’ I told them, ‘When we got married, there wasn’t a deer season!’”

To accommodate the hunters in the family, the party was rescheduled for Dec. 1. Everyone is welcome, they say. Harold and Velma appreciate cards but ask that no gifts be brought.