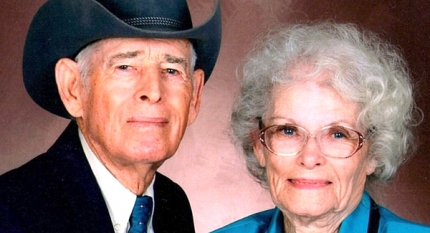 Mr. Ray was a farmer through and through, taking great pride in his Polled Hereford cattle and his farm. When he wasn’t working on the farm, he enjoyed hunting and fishing. He and Mrs. Ray were often seen at Casey’s in Ava sharing one cup of coffee and one donut. His family will especially miss his many jokes.

Carl was survived by Norma, his wife of 70 years, who died 10 days after her husband (see her obituary, also on this page); his three daughters, Glenda Hannah and husband Ron, Sue Graham and husband Darrell, and Lana Hampton and husband Mike, all of Ava; two sons, Dale Ray and wife Debby of Wasola, and Roger Ray of Knoxville, Tennessee; 22 grandchildren; many great-grandchildren, as well as several nieces and nephews; three sisters, Wanda Lawrence of Seymour, Lena Wagner of Ava and Mary Ruth Blacksher of Rogersville; and three brothers: Glen, Mark and Lee Ray.

He was preceded in death by his parents; one son, Darrell; sisters, Reba and Doris; brothers, Earl and Ed.

Burial was in the Oak Grove Cemetery in Wasola.