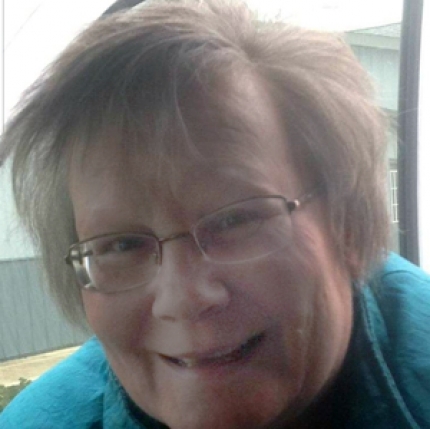 She was born Aug. 5, 1950, in Biddeford, Maine, the daughter of James O. and Virginia Garthe Skillin. She grew up in several places around America but always considered her home to be Ocean Park, Maine, where she spent childhood summers with her grandparents.

She met Michael Severson when they attended high school together in Culver City, California, but they married other spouses and, several years later, after divorces, they finally reconnected and were married Feb. 14, 1996, in California.

During her life, Mrs. Severson worked in several different jobs. After their marriage, the Seversons worked as an over-the-road truck-driving team, traveling coast to coast for Covenant Transportation. As they traveled, they looked for somewhere outside of California where they could make a new home. When their son was considering an internship with a Christian performance group in Branson, they looked at a map and decided to check out the area. They eventually drove to Ozark County and fell in love with what they saw. They moved here in 2005.

Mrs. Severson loved to crochet and won a blue ribbon as well as best in class, best in division and best in show for an afghan she entered in the San Bernardino County (California) Fair. In their Gainesville-area home, she enjoyed cooking and gardening, and for a while the Seversons raised meat sheep. They found a church home in Calvary Chapel Twin Lakes, where it seemed almost everyone else had come from California too, including the pastor.

In recent years, Mrs. Severson had a recurrence of the breast cancer she had battled several years ago. It eventually took her life.

She is survived by her husband, Michael, of the home; a son, Erik Similkier and wife Desiree of Gainesville; one daughter, Joy Stacy Viele and husband Eric of Massachusetts; three granddaughters, Zoe Cleveland, and Moxie and Raine Similkier; one sister, Marjorie Hey of Ocean Park, Maine; a brother, Richard Skillin of Maine; and many cousins, including Mary Beth Champion-Garthe of Columbia.

She was preceded in death by her parents and one sister, Judy.