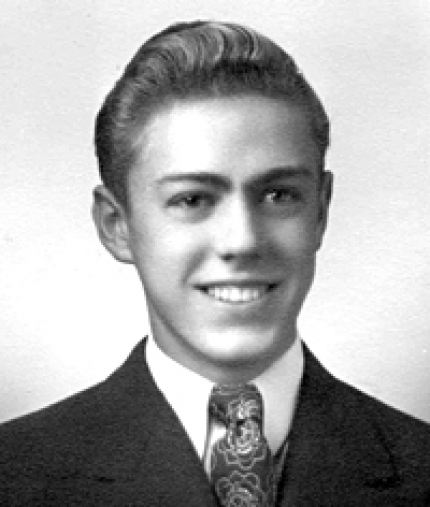 A memorial service for Francis Leo “Frank” Muhm, 92, of St. Louis, formerly of Isabella, will be held at 1 p.m. Saturday, March 14, 2020, at University United Methodist Church in University City. Mr. Muhm died peacefully on Feb. 23 at his son’s home surrounded by family.

Mr. Muhm worked as a credit manager for Famous-Barr for many years. He was also an avid rock collector, runner and gardener. In retirement, he became a master gardener through the Missouri Botanical Garden and was president of the Ritenour Men’s Garden Club.

In 1992, with his wife, Jeanette, Mr. Muhm moved to Isabella, where together they founded the Ozark Heritage Garden Club. During their years in Isabella, Mr. Muhm enjoyed regular golf games at what is now Lost Woods Golf Course, activities with friends at Theodosia United Methodist Church and announcing baseball games for the Lions Club in the Gainesville summer baseball program. He also immersed himself in the writing of his memoir, Passage to 2838, which he later published.

In 2010, the Muhms moved back to St. Louis and lived for several years in Lutheran Senior Services senior living communities.

Survivors include his son, Kevin Muhm and wife Janet, and grandchildren Jocelyn and husband Chuck, and Colin, all of St. Louis; great-grandchildren Bradley and Holly; nieces Kerry and Colleen, and a nephew, Tim.

He was preceded in death by his wife, Jeanette, who died in 2017; his parents, Timothy and Bridget Kelley; his adoptive parents, Emil and Stella Muhm; his siblings, Thomas, Gertrude and Joseph; and his infant daughter, Kimberly.