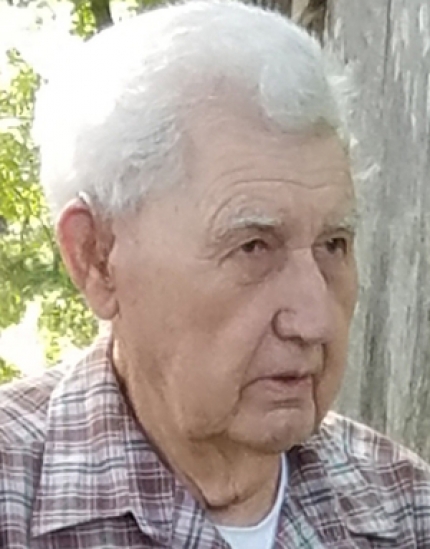 A come-and-go visitation for Hardy Jefferson Frazier, 88, of Noble, was held March 23, 2020, at Clinkingbeard Funeral Home in Ava with Danny Billings officiating and military honors presented by the Troy Herd American Legion. Mr. Frazier died March 19 at his daughter’s home in Jefferson City.

He was born Jan. 28, 1932, in Noble, the son of Hardy Jackson and Martha Ann Dunnegan Frazier. He was an Army veteran who served during the Korean War. On May 16, 1989, in Ava, he married Frances Jewell Pippin.

He was a retired beef and dairy farmer who also had the opportunity to work in the Oklahoma oil fields for a short time. His family and friends knew there was no job he couldn’t complete.

He enjoyed traveling with Mrs. Frazier, attending flea markets and sightseeing. He was a master at the Pitch card game. He was a Christian and a member of Pine Ridge Church of Christ.

He was preceded in death by his parents and 10 siblings.

A graveside service was held in the Peters Cemetery in Noble. In honor of Mr. Frazier, the family asks that friends and family give to their neighbors in need. Online condolences may be expressed at clinkingbeardfuneralhome.com.