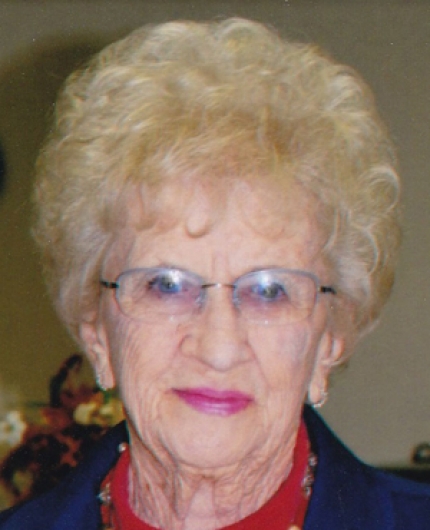 A graveside funeral service for Hazel Duggins Brewer, 98, of Gainesville,  will be held at 1 p.m. Thursday, March 26, 2020, at Lutie Cemetery in Theodosia. Due to current health risks associated with large gatherings, a “come-and-go”-type visition will be held from 9 a.m. to 4 p.m. today (Wednesday) at Clinkingbeard Funeral Home in Gainesville. Mrs. Brewer died March 17 at her residence.

On Aug. 8, 1942, she married Joe Brewer. The Brewers lived in California for a short time then moved to Wichita, Kansas, where they both found work. Mrs. Brewer began a 35-year career at Cessna Aircraft, working in electrical wiring. She and her husband enjoyed 57 years together, traveling, camping and listening to bluegrass music festivals. After his death in 1999, Mrs. Brewer moved back to Gainesville, where she attended Mammoth Assembly of God Church and remained close to her family here. She was a wonderful wife, mother and grandmother who was loved and will be dearly missed by all.

She was preceded in death by her parents; her husband, Joe Brewer; one son, Jim Brewer; one grandson, Bryce Brewer; and one brother, Fray Duggins.

Burial will be in the Lutie Cemetery. Memorial contributions may be made to Three Rivers Hospice, P.O. Box 901 Broadway, West Plains, MO 65775.