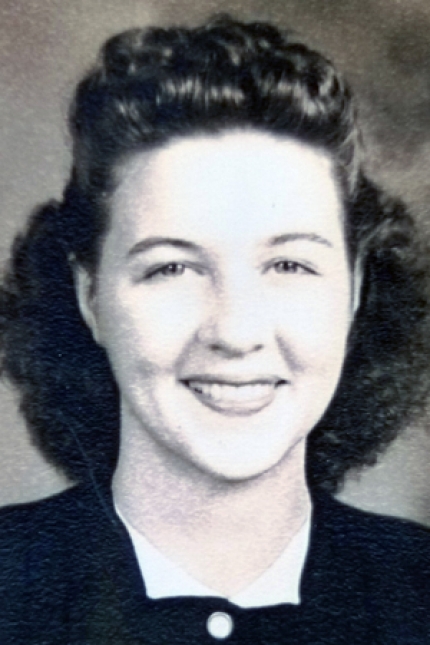 She was born Oct. 5, 1926, in Theodosia, the daughter of Frank and Cona Luna Grisham, who operated the Theodosia mill and general store. When Frank Grisham was elected county treasurer, the family moved into Gainesville, first living in a rented house and later moving into the Hambelton Hotel, which they managed. Later they moved across the street and lived in the Central Hotel, which they purchased and operated. After that hotel burned on Jan. 8, 1940, when Fern was a freshman in high school, the Grishams moved to Springdale, Arkansas, to manage a hotel there.

The late H. T. Harlin contacted the Grishams in Springdale and offered a Bank of Gainesville loan if they would come back and rebuild the hotel, something the town needed, Harlin said. The family then returned to Gainesville and rebuilt the Central Hotel, a rock-faced building that still stands on the northwest corner of the square.

Fern was the captain of the girls basketball team at Gainesville High School and won awards in typing and shorthand. She also played piano and could read music as well as play by ear; she was often asked by hotel guests to play piano for their enjoyment. Sometimes the traveling guests brought instruments to join her in creating music.

She graduated from Gainesville High School in 1944, and on Aug. 10, 1945, she married Ray Wallace, who had served with the Fifth Army Infantry in World War II.

A few years after their marriage, the Wallaces built and operated the Gainesville Sale Barn. When needed during times when the sale barn cafe wasn’t leased out, Mrs. Wallace operated the cafe herself.

In another few years, the Wallaces built and operated a second sale barn in Mountain Home, Arkansas. They moved to Mountain Home around 1958, and a few years later, they sold the Gainesville Sale Barn to T. D. Crawford.

Mrs. Wallace worked hard as a wife, mother and homemaker and was a member of the local Homemakers Extension Club. She was a great cook, known for her pies and other accomplishments; she won a blue ribbon for her pickled beets at the Baxter County (Arkansas) Fair. She was also a talented seamstress who sewed all of her daughters’ wedding dresses. She was an avid reader who had a thirst for knowledge and even audited a few college courses.

She was preceded in death by her parents; siblings Maxine Johnson, formerly of Bourbon, and Earl and Loren Grisham, formerly of Bakersfield, California; and one daughter, Donna Saltzman, formerly of Batesville, Arkansas, who died in 2015 from complications related to dementia.