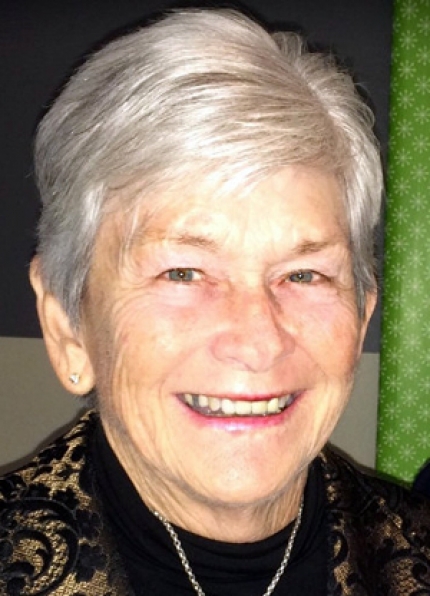 A private burial for M. “Karen” Gilliam Jones, 76, of Springfield, formerly of Gainesville, will be at Howell Memorial Park Cemetery in Pomona. Due to the current health risks associated with large gatherings, no public visitation or funeral Mass will be held at this time; however, the family hopes to host a visitation with family and friends in a celebration of Mrs. Jones’ life on or near her birthday in late May. She died March 17, 2020 at the Maple Wood Alzheimer’s Special Care Center in Springfield.

She was born May 31, 1943, at Christa Hogan Hospital in West Plains, the daughter of Ted and Jeanette Boss) Gilliam. She grew up on the family dairy farm in Peace Valley with siblings John, Rita, Mick and Dennis. She attended St. Joseph grade school in White Church, Missouri, through eighth grade and graduated from West Plains High School in 1960.

After high school, she went to work for the city of Springfield, but her tenure there was short-lived when her employers realized she was not yet 18, having graduated from high school when she was only 16.

Shortly afterward, she began working in Winona for the U.S. Forest Service as a secretary and dispatcher, continuing there for eight years. While in Winona, she met Roy Nelson Jones, the love of her life. They were married on Christmas Day 1964 at St. Joseph Church in White Church and, at the time of her death, had been happily married for over 55 years.

In 1965, while living in Winona, the Joneses started a registered Angus herd, “Jones & Gilliam Angus,” with Karen’s parents. In 2015, Jones & Gilliam Angus celebrated 50 years of operation by being honored with the Historic Angus Herd Award from the American Angus Association, the Pioneer Award from the Missouri Angus Association, the inaugural Pinnacle Award from the Heart of the Ozarks Angus Association and a resolution sponsored by Sen. Mike Cunningham on behalf of the 98th General Assembly of the Missouri Senate recognizing and congratulating Karen and Roy on their momentous accomplishment. Through the years, the Joneses gifted more than 30 heifers to young Angus breeders.

From 1970 to 1976, she worked alongside her husband in the Bank of Bunker in Bunker, Missouri, and in the Dent County Bank in Salem as operations officer. After moving to Gainesville in 1976, she retired from the banking business and instead devoted her time to spoiling her husband and their daughter, Jackie, who was still at home. She also became the primary caregiver of their cattle and the AI technician for their herd. And she worked as a substitute school bus driver and a rural-route mail carrier.

She served as an election judge for many years and, along with her husband, was honored for 25 years of service to the Ozark County Republican Committee. She excelled at crocheting beautiful afghans, sewing, cooking and baking – especially pies - although she really preferred spending time outside taking care of her yard, garden and the cattle.

Her many family and friends will remember her for her great hugs, sparkling eyes and ever-present smile.

Mrs. Jones was an active member of St. William’s Catholic Church in Gainesville throughout much of her life.

She is survived by her husband, Roy, of Springfield; her daughter, Jackie, of St. Louis; her sister, Rita Fugate, of Overland Park, Kansas; brother Mick Gilliam and wife Donna of Peace Valley; sister-in-law Karen Gilliam of West Plains; her and Roy’s “kids and grandkids,” Mark and Tina Henry and their children Julia, Roebe and Mae Marie of Ava; and many other relatives and friends.

She was preceded in death by her parents; her daughter Janet (who lived only four days after birth); brothers John and Dennis Gilliam; John’s wife Lu; and nephew Kyle Gilliam.

Memorial contributions may be made to the Missouri Junior Angus Association Scholarship Endowment Fund or the Heart of the Ozarks Angus Breeders’ Association Scholarship Endowment Fund (both scholarship funds are held and managed by the American Angus Foundation). These donations may be made online https://www.angus.org/Foundation/GetInvolved/DonateOnline.aspx), mailed to the American Angus Foundation (3201 Frederick Ave., St. Joseph, MO 64506-2997) or left at the funeral home. Online condolences may be expressed at robertsondrago.com