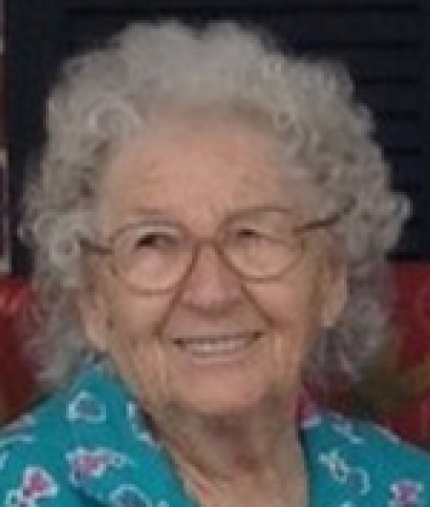 A private service will be held later for Mildred Louise Steidley, 91, of Jefferson City,  who died Oct. 16, 2019, at Moniteau Care Center in California, Missouri.

She was born July 20, 1928, in Springdale, Arkansas, the daughter of Joseph and Sophia Scribner Turner. On Dec. 30, 1950, she married Edward Daniel Steidley.

Mrs. Steidley was a homemaker for most of her life and took great pride in caring for her family. She helped her husband on their farm near Grove Springs for many years. From that experience on the farm, she developed an incredible work ethic; she was never afraid to milk a cow, plant the vegetable garden or her favorite flowers, and help with any other daily task. She was an amazing cook and made sure none of her kids ever went hungry, especially making sure to bake a nice dessert for many of their meals.

In her free time, she was an avid reader and loved to sew. She was proud to belong to a quilting group many years ago, and she continued to quilt throughout her life. Many of her quilts were given to family and friends as gifts. She was fond of animals, and there was always a dog near on the farm. Her favorite was Tinkerbell, whom she considered a part of their family.

She was preceded in death by her parents; Edward, her loving husband of 57 years, who died  Nov. 23, 2007; two sons, Dan Steidley, and an infant son, Leslie Steidley; one grandson, Dustin Waterfield; one granddaughter, Kimberly Steidley; one brother, Howard Crouch; and one sister, Hazel Lykins.

Funeral arrangements are under the care of Freeman Mortuary in Jefferson City.