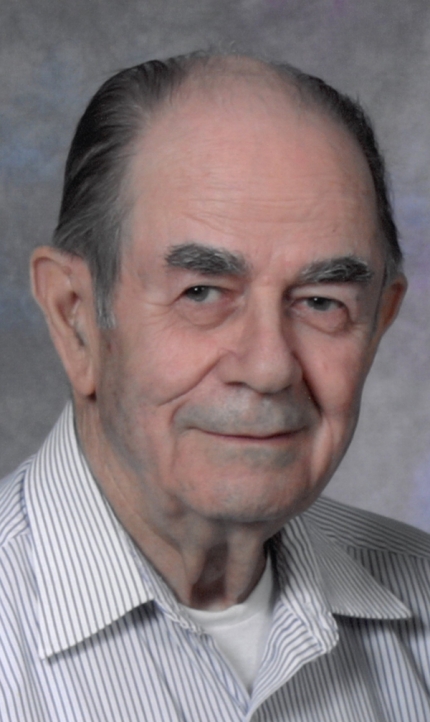 He was born Oct. 19, 1923, in Mountain Grove, the son of Noble Alexander and Grace Alsup Barker. He grew up in the Prior, Missouri, community and graduated from Mountain Grove High School.

On Aug. 29, 1942, he and his sweetheart, Susan Inez Harrison, were married by the Rev. George Walter at the Walter home in Owensville, near Hartville. Mr. Walter’s daughter Lacy, one of the witnesses, later married Inez Barker’s brother, Roy Harrison.

Mr. Barker earned a bachelor’s degree in engineering at the University of Missouri in Rolla; he earned his master’s degree from Bradley University in Peoria, Illinois. He worked for Caterpillar, Inc., as a research engineer in Peoria for 20 years.

After retirement, he and Mrs. Barker moved to Ozark County (although their mailing address was Drury), where he greatly enjoyed hunting, fishing and working on his farm.  He also enjoyed spending time researching his ancestry and had traced his family back to colonial-era England. He was very proud of his family and its heritage. He was known as wonderful husband, son, father and grandfather. His family and friends will greatly miss him.

He was preceded in death by his parents; one son, Noble Gene Barker Jr., who died in 2011; and one brother, Jack Barker.

Burial will be in Hillcrest Cemetery in Mountain Grove. Memorial contributions may be made to the Vanzant Baptist Church and left at the funeral home. Online condolences may be expressed at craighurttfuneralhome.com.