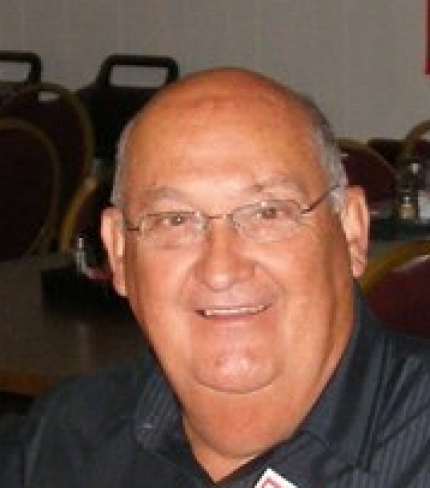 A visitation/reception and music jam session to celebrate the life of Ronald Eudean Mahan, 77, formerly of Pontiac, will be held from 3 to 4 p.m. Friday, Jan. 3, 2019, at Cherry Creek Clubhouse, 2700 Cherry Creek Ct. in Jefferson City. A memorial service will be held at 1 p.m. Saturday, Jan. 4, at Mammoth Assembly of God south of Gainesville. Mr. Mahan died peacefully on Dec. 14 in Jefferson City.
He was born Oct. 6, 1942, in Harrison, Arkansas, the only child of Elmer and Italy Willbanks Mahan. He grew up in Pontiac and graduated from Gainesville High School in 1960. He worked in law enforcement most of his life. He served as a Missouri State Highway Patrol trooper, as chief deputy for the Cole County Sheriff’s Department, special investigator for the Missouri Department of Agriculture, chief of police in Gainesville, and finally as Ozark County Coroner. He also worked many years as a funeral director at Clinkingbeard Funeral Home in Gainesville.
Mr. Mahan loved music and began playing when he was 4 years old. He was a talented musician, accomplished entertainer and promoter. He toured with his band, the Country Lads, and also promoted concerts and later toured with Conway Twitty and Randy Travis. After moving back to Ozark County in 1988, he could be found every Sunday playing in the worship band at Mammoth Assembly of God.
He was a 50-year member of the Masonic Lodge.
Survivors include his children, Jeff Mahan and wife Marie of Thornton, Colorado, and Rhonda Hoskins and husband Dustin of Jefferson City; stepchildren, Tazna Gage and husband Bill of Springfield and Travis Harms and wife Nicole of Nixa; 12 grandchildren, Jeremiah Mahan, Josiah Mahan, Jedidiah Mahan, Judson Mahan, Justine Scott, Chauncy Hoskins, Samuel Hoskins, Maggie Hoskins, Chase Collins, Makenna Hogue, Christian Harms and Grace Harms; and four great-grandchildren.
His eight grandsons will serve as honorary pallbearers.
Mr. Mahan was quick to laugh; he always had a story to tell, and a smile was never far from his face. He and his humor will be missed by friends and family alike.
Burial will be at Price Place Cemetery south of Pontiac in Marion County, Arkansas. Memorial contributions may be made to the Price Place Cemetery and can be left at the funeral home.
Arrangements by Clinkingbeard Funeral Home, Gainesville.