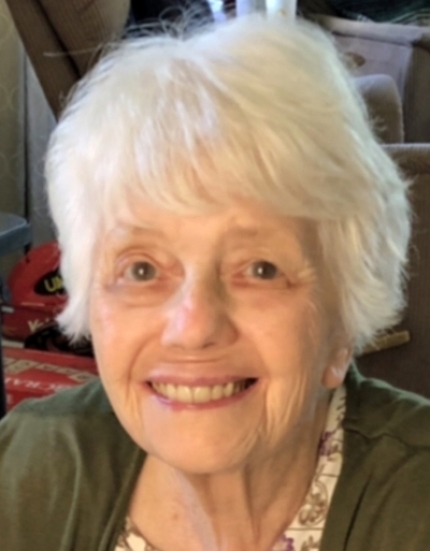 A funeral mass for Simone Vertongen Lewis, 93, a native of Paris, France, a former resident of Theodosia and a resident of Springfield for the last 26 years, was held Dec. 2, 2019, at Holy Trinity Catholic Church in Marshfield. Mrs. Lewis died Nov. 26 in Marshfield.

She was born April 26, 1925, the daughter of Wilfried and Jeanne Delmans Vertongen. She spent her childhood living in the 1st arrondissement of Paris. Her advanced studies were completed at L’Ecole Polytechnique in Paris. After receiving her degree in engineering, she worked in the city of Thales in radio communications for five years.

She met her husband, Capt. Earl S. Lewis, when he came to Paris as a U.S. Air Force fighter pilot in 1954.  They were married in the American Cathedral of Paris in 1955.  The couple followed Earl’s military career at American air bases in Great Falls, Montana, and Del Rio, Texas. As a military spouse, Mrs. Lewis was active in unit activities and the Red Cross.  Upon his retirement, they moved to Theodosia, where they lived until Mr. Lewis’ death in 1992.

In 1993, she moved to Springfield, where she became an active part of the Military Officers’ Association of America widows’ group and continued her interest in technology through computer courses at the Library Center. She befriended the French Exchange officers assigned to Fort Leonard Wood and participated in a French language group on the base. In Springfield, she was the “fondatrice” of a French conversation group, La Table.

Mrs. Lewis spent her last days with the generous family of Celestino “Cy” and Anita Chavez, who were greatly supported by Michele Leake and Kim McKlintic. She leaves behind many devoted francophone friends of La Table.

Graveside committal was in the Springfield National Cemetery with Father Mark Binder officiating.

Memorial contributions may be made to the Greene County Public Library.

Online condolences may be expressed at clinkingbeardfuneralhome.com