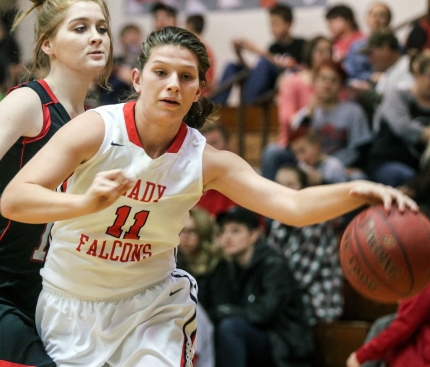 Dora’s Kryslynn Colvin drives down the court during a recent home game. The Lady Falcons will take on Bradleyville for the Class 1 District 4 championship at 7 p.m. Thursday, Feb. 23. Photo by Karla Smith. 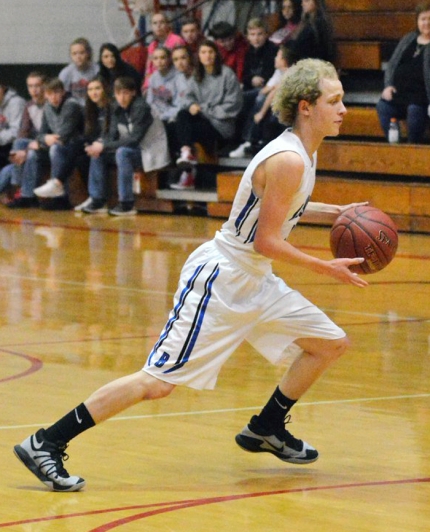 Bakersfield’s Brevin Bales dribbles down the court during the Lions’ first-round 65-42 victory over Chadwick in the Class 1 District 4 tournament held at Dora Saturday, Feb. 17. Photo by Amy Ingalsbe.

Dora High School is hosting the Class 1 District 4 tournament this week. The school kicked off the tournament with a fish fry and tour of its new FEMA building Saturday, Feb. 17.

In first-round action, Bakersfield’s Lady Lions opened the tournament, taking on Koshkonong at 10 a.m. Saturday. The Lady Lions easily took the win with a final score of 70-45.

The Dora Falcons (22-5) took on the Bakersfield Lions (11-4), and Couch (15-10) played Bradleyville (9-15) in district semi-final action Tuesday night. Results of the games were unavailable at press time.

The winners of Tuesday night’s semi-final games will play for the district championship at 7 p.m. Friday, Feb. 23.