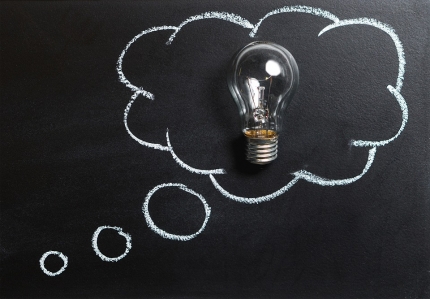 The Bakersfield school board is surveying its parents this week to ask their feelings about the possibility of shifting the school district to a four-day school week sometime in the future. Bakersfield superintendent Amy Britt told the Times Monday that the district is simply exploring its options at this point, and no decision has been made.

“We’re just having a conversation,” she said. “We’re seeing more and more small rural schools our size go to a four-day week, and we’re gathering feedback on whether it’s something we would want to do here.”

Surveys went home with students Monday; parents and guardians are asked to complete and return the surveys by Friday. The school board will consider the responses at its next meeting on Feb. 12 and may – or may not – make a decision about the schedule change, Britt said.

A four-day school week has advantages and disadvantages, of course. For one thing, going to a four-day week would reduce the cost of bus fuel by 20 percent and would most likely reduce the school’s utility bills and other costs as well, Britt said.

But one of the most compelling arguments for the four-day week relates to teacher recruitment and retention. “We can’t pay like the big schools do,” she said. “But we’re seeing that, in schools with a four-day week, they’re not losing staff like other small schools are.”

The four-day week is appealing to some teachers because the extra day allows for greater flexibility in scheduling professional development and collaborative time, Britt said. “And it’s easier to facilitate that when you have an extra day in the week.” Also, she said, “we’re seeing a younger generation of teachers coming out who hold family time as something that’s important to them. A four-day work gives them more time with their own family, and that’s appealing to them.”

A four-day week would also give staff members more flexibility in scheduling their own personal commitments, such as medical appointments for themselves or their children on the “fifth day” of the week. In other areas that has resulted in better staff attendance, Britt said, with fewer days of teachers requesting leave and having substitute teachers in the classrooms.

Even if the schedule changes, the central office staff would most likely continue to work five days a week. “I have a feeling I’ll be here five days a week, no matter what day it is,” Britt said. Work hours would be adjusted for current staffers so that their total pay would most likely remain unchanged, she said. Cooks and custodial staff would probably continue working the same total hours per week that they work now, but they might – or might not – shift from five eight-hour days to four 10-hour days per week.

Nothing is definite about a possible four-day school week at Bakersfield, Britt said. If the board decides to make that change, it will also need to decide which day to omit. Most four-day schools operate Monday-Thursday or Tuesday-Friday, but a few opt to have Wednesday as their day “off” each week, she said.

Having a four-day week would mean longer school days. At Bakersfield, it might mean beginning about 10 minutes earlier in the morning and dismissing classes about 35 minutes later in the afternoon. One possible schedule might be a day lasting from 7:50 a.m. to 3:38 p.m., Britt said.

She said Bakersfield and other area high schools routinely visit nearby rural elementary schools such as Fairview and Richards, where the students can choose which high school they want to attend. “We tell them about our school and then ask how many might be interested in coming to Bakersfield, and hands go up. But when we mention that we’re considering a four-day week and then ask how many would be interested, lots of hands go up,” she said.

Several small rural schools in the region have already gone to a four-day school week. One of them is Bradley-ville, where Bakersfield recently played in a basketball tournament. “A lot of their parents were bragging on how well it’s going for them. They really like it,” Britt said

The school board is very aware that one of the biggest drawbacks to the four-day week is the challenge working parents would have in finding day care for that fifth weekday when there’s no school. That issue is “definitely something we want to gather feedback on,” she said, adding that research shows it’s a concern for about one-third of the elementary population. “However, some studies cite the same demographic that’s available to babysit during summer, such as grandparents and high school kids, and find that they’re also available to babysit one day a week,” she said.

Another downside, she said, would be that, “If we go to a four-day week, and then sometime in the future we need to go back to a five-day schedule, it’s not going to be a fun process,” she said.