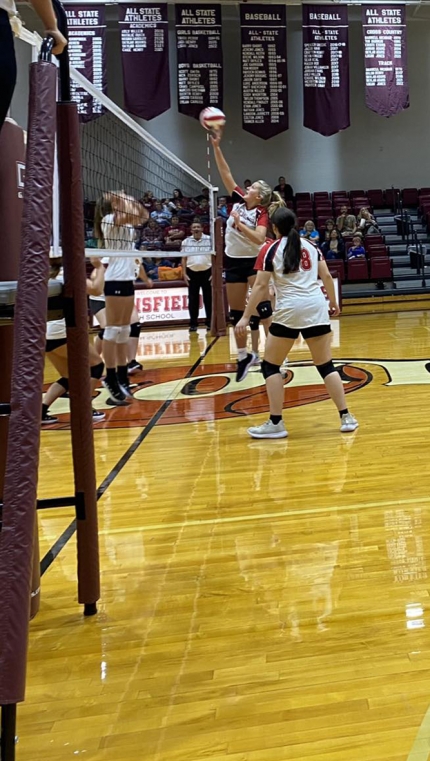 Bakersfield’s first ever high school volleyball squad improved to 3-4 on the year with a win in three sets over Gainesville on Thursday.

The Lady Lions hosted their intra-county peers on Thursday and won the first set 25-9 over the Lady Bulldogs. The second set was a close one, but Bakersfield pulled out the win, 25-20. In the third set, the game was even closer, but Bakersfield prevailed 27-25 in the ‘nail-biter.

The Lady Bulldogs dropped to 1-10-1 on the year and was scheduled to play at Mansfield on Monday night.

Bakersfield was scheduled to host Summersville on Tuesday evening and will travel to Dora on Thursday.

The Lady Falcons beat Niangua on Sept. 20 to snag their first win of their inaugural season, but dropped a contest at Couch on Sept. 22.

The Lady Falcons will compete in the Houston Volleyball Tournament on Oct. 1, along with the Lady Bulldogs.

All three schools added volleyball this year, and coaches say their teams are learning to play at the varsity level against already-established programs.