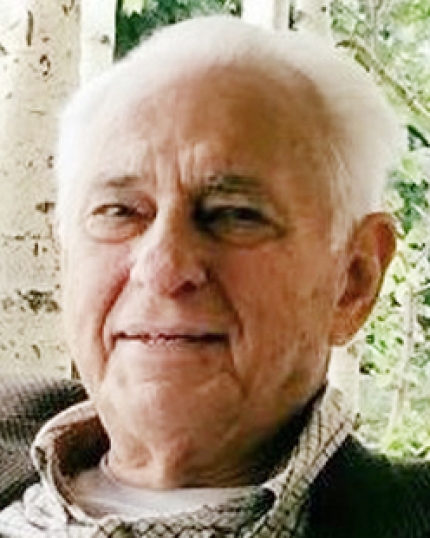 Graveside services for Dr. John Douglas Rich, 80, of Littleton, Colorado, were held  Nov. 24, 2017, at Howards Ridge Cemetery. Dr. Rich died peacefully on Nov. 12 at his home in Littleton, surrounded by his family.

He was born Dec. 23, 1936, in Springfield, the son of John E. and Alma Vivian Fielden Rich. He grew up in Springfield, and after graduating from Greenwood Labora-tory School in 1954, he went on to earn his undergraduate degree in chemistry from Southwest Missouri State College in 1958.  He was enrolled in Army ROTC all four years of college, and after graduating from SMS, next he graduated from Washington University School of Medicine in St. Louis in 1962.

On June 16, 1962, at the Church of Christ in Gainesville, he married Linda Jo Pleasant. He entered active duty in the Army as a first lieutenant on July 4, 1962, and was assigned to the Army Hospital in Fort Benning, Georgia, for one year. Next, he was selected for four years of training in general surgery at Brooke Army Medical Center and was promoted to captain for his residency in July 1963.

After completing a general surgery residency in 1967, he was assigned to the 5th Field Hospital in Bangkok, Thailand. During this assignment, 1968-1970, he was promoted to major. In 1970, he was reassigned to Fort Leonard Wood, where his only child, Elizabeth, was born.  He was promoted to lieutenant colonel during this assignment and served as chief of general surgery, then chief of surgery and later chief of professional services. He and his family remained in Fort Wood until 1974, when he was selected for two years of plastic surgery training at Fitzsimons Army Medical Center in Aurora, Colorado. After completing this training, he remained at FAMC to serve as assistant chief and, later, chief of plastic surgery.

After being promoting to colonel, he served as consultant in plastic surgery to the Surgeon General from 1983 to 1989. This duty included his serving as chief of plastic surgery for the entire U.S. Army. He remained at FAMC until his retirement from active duty on Sept. 30, 1989, after 27 years, 2 months and 27 days of service to our nation. While in the military, he earned these awards: Legion of Merit, Meritorious Service Medal, Army Commendation Medal, National Defense Service Medal, Viet Nam Service Medal, Army Service Ribbon, Overseas Service Ribbon, Republic Viet Nam Gallantry Cross (Unit Citation), Republic Viet Nam Civil Actions Medal (Unit Citation) and Republic Viet Nam Campaign Medal.

After retiring from the Army, he spent the remainder of his career in private practice with his wife working by his side as his assistant. This was a dream they both had shared and then realized and enjoyed thoroughly.

Although Dr. Rich was a highly accomplished surgeon and high ranking Army officer, his family was his “biggest deal” in life. He was a faithful husband and an involved and loving father. After operating all day, he would come home and play with Elizabeth in the backyard. He was compassionate and always looked out for the best interests of his family.

He was also very involved with his church, serving first as a deacon then as an elder for many years.  He loved to spend time with his family, paint pictures, play the mandolin in a band with his friends and eat Elizabeth’s home-baked cakes and pies. He would hold “PawPaw School” and tell his grandchildren stories he made up just for them. He consistently and generously put the needs and desires of others before his own. He was content in all things.

He is survived by his daughter, Elizabeth Bolz and her husband Gary, and his three grandchildren: Jackson, 15, Benjamin, 13 and Emma Jo, 12, all who shared his love and his home in Littleton.

He was preceded in death by his parents; Linda Jo, his beloved wife of 41 years; his sister, Rosalyn Dacey and husband Rich; his brother-in-law, Maj. Gen. (ret.) Robert Dacey.

Condolences may be shared at olingerchapelhill.com. Memorial contributions may be made to his favorite charity, Colorado Christian Services, 3959 E. Arapahoe Rd, Suite 200, Centennial, CO 80122.