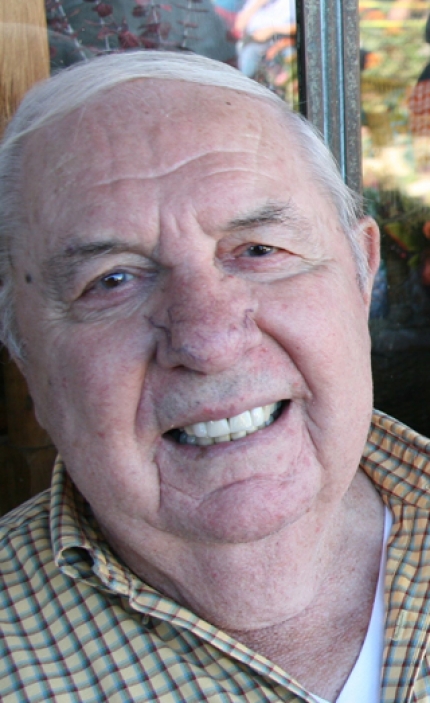 Funeral services for Rex Leo Johnson, 89, of Gainesville, were held June 11, 2020, at the First Christian Church in Gainesville with the Rev. Natalie Dixon-Crewell officiating. Mr. Johnson died June 8 in Springfield.

He was born Aug. 29, 1930, in Hammond, the son of Frank and Jesse Johnson. He graduated from Gainesville High School in 1947 and attended Southwest Missouri State College (now Missouri State Uni-versity) for one year. He taught at the Seedtick School for one term and then joined his parents and his brother, Bob, in operating Johnson’s Store, which was then a general store on the west side of the Gainesville square. The business had been started in 1937 by Mr. Johnson’s father and uncle, Frank and Marvin Johnson.

He served in the Army from 1952 until 1954, training at Fort Bliss, Texas, and then spending the rest of his tour in Mannheim, Germany. He then returned home to rejoin his family in operating the store, which was remodeled in 1959 to become a clothing store. Rex took over the business that year while his father, Frank, served as Gainesville postmaster. He continued to operate the family business until he retired in the mid-1990s and sold it to the Curtis Department Store.

Mr. Johnson, a sixth-generation Ozark Countian, was very proud of his heritage as a descendant of early Ozarks pioneers Paton and Nancy Graham Kissee. He wrote several articles about his family’s history that were published in the Old Mill Run and the Ozark County Times.

He was an avid turkey and quail hunter. He especially enjoyed turkey hunting with his wife, Frances.